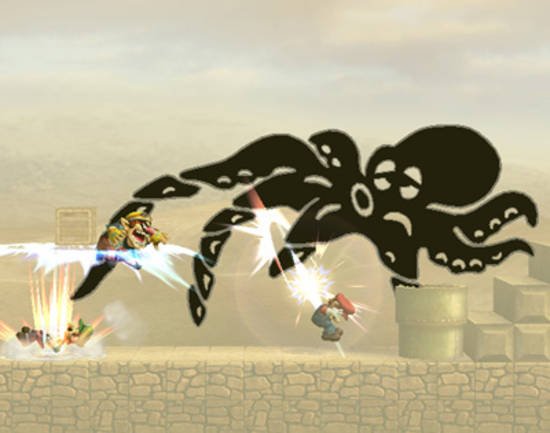 Monday and Tuesday belonged to Mr. Game & Watch. His move set and Final Smash were shown off at the start of the week. Mr. Game & Watch’s level Flat Zone 2 along with the levels music was shown off on Tuesday. The stage is similar to Wario’s stage, as the place will change to different Game & Watch games during the course of battle.

Wednesday, Sakurai revealed that there are some unlockable Masterpiece games. Donkey Kong, Mario Bros. 2, Super Mario World, F-Zero, and Ocarina of Time are some of the unlockable demos. Thursday continued the unlockable trend, this time with the Secret Melee Stages. Jungle Japes, Green Greens, Pokemon Stadium, and Big Blue stages make their way back to Brawl. The Smash week ended with more unlockables, this time with the Assist Trophies. Custom Robo, Isaac from Golden Sun, Advance Wars infantry and tanks, and Shadow the Hedgehog are some of the other Assist Trophy fighters that you can summon.

So, how many of you have unlocked the stuff from this week’s DOJO!! updates?