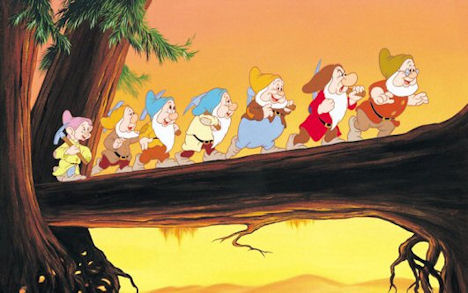 There are certain instincts that a gamer picks up through years of playing which have become so ingrained into our minds that they’re pretty much taken for granted. For instance, the moment we see a room full of ammo and a save point, we know a boss fight is just through the door. Similarly, if we suddenly find ourselves in a wide open space, we prepare for the ambush that is so obviously coming.

One particular instinct is slightly more subtle, but it’s one that we all recognize the moment it kicks in — if an enemy is significantly smaller than you, you get ready to become very, very annoyed.

It is a game design truth that the smaller an enemy is, the bigger a prick it is as well. Small enemies are up there with archers in the ranks of the most irritating opponents that any gamer could come across. Hard to hit and with a tendency to swarm, these little buggers can decimate even a seasoned veteran if he’s not careful.

To celebrate the frustration that only small enemies can provide, we present this list. A tribute to some of the most aggravating foes of a pint-sized nature that you could ever hope to meet. Read on for more …

It wouldn’t be an action game without some sort of small enemy to irritate the piss out of you, and Epic Games’ Gears of War delivers with the wretches. Sure, it might be fun to melee them for a one-hit kill in the early stages, but just try whacking the difficulty up to insane and then fighting the ones that explode when they die.

Wretches have the nasty habit of showing up when you least want them to, whether you’re in the middle of fighting a massive spider or attempting to carry a fragile bomb. Wretches will happily surround you and start punching you to pieces, especially on the harder difficulty settings. It was a toss up between Wretches and Tickers, but for their sustained annoyances over two games, Wretches get to represent Gears‘ tiny pricks.

Do you know what you need in a game where you can barely aim and can’t move for shit? Tiny, fasty-moving, flying crow zombies, that’s what! These guys are more worthy of a mention than the dogs for the simple fact that they’re significantly smaller and much more difficult to exact revenge upon after they swoop down and give you a slap.

It’s hard enough to get past Resident Evil‘s controls, but when you factor crows into the mix, it becomes a real nightmare.

You really couldn’t have an article like this and not include one of the most iconic little bastards of all time, Half-Life‘s Head Crab. Their MO is one that small enemies often like to employ — appearing harmless and relatively non-threatening, but providing a constant hassle if ignored and becoming a significant challenge in greater numbers.

They’re absolute twats, through and through. They scutter about slowly, resembling small, living testicles, then suddenly jump half a mile into your face if you get too close. They’ll hide in the ground, in air vents, and by Half-Life 2 they even learn to poison you.

Any Valve fan knows never to underestimate the Head Crab. They may be cute in a disturbing sort of way, but they are thoroughbred wankers.

Not to be confused with the Necromorphs that are actually babies (Lurkers), I am referring to what the game labels with the Baby moniker — known to you and me as “those fucking annoying fuckers that fuck things up by jumping all over you and fucking up your shit.”

Babies are the little shitbags that swarm in huge packs, spasming around on the floor as part of a sweeping carpet of death. They are a total waste of ammo, since each Baby has to be dispatched personally, but they cannot simply be ignored, because if they get anywhere near you, they will jump on your body, draining your life until you button mash to get rid of them. Many a cheap death is to be had at their miniature hands, and much swearing and tossing of controllers shall be witnessed in their wake.

Also, the ones that hide in boxes are cunts. There’s simply no need for that kind of bullshit.

A personal bugbear of mine, mainly because of their particularly annoying method of defense and attack. To me, there is nothing worse than an enemy that you cannot exact your instant revenge on, and these arrogant, cheeky sodomites play to that grievance thoroughly. Half the time, they are just like any other Sonic enemy — an inconvenience that can be bashed in no time. However, the other half of the time, while flashing their stupid little light, they are invincible.

It is incredibly frustrating to get hit by one of these things, then wait seething until they become vulnerable again. Even if you have the invincibility power-up, you’ll find yourself passing harmlessly through this evil little shitbags while you speed past.

Personal vendettas against sprites are not pathetic.

While not enemies in the traditional sense, any exposure to a Call of Duty game’s campaign mode will quickly make grenades one of your most hated rivals. Grenades account for more than half of the player deaths in an average CoD game and are thrown so frequently that you will be constantly running back and forth to avoid them, or risking an attempted throwback.

You rarely ever even see grenades thrown, you just suddenly notice that a warning icon is flashing telling you that one landed nearby. Sometimes their appearances are improbable and highly suspect, sometimes you don’t notice the rather subtle warning icon and suddenly explode. However they are served, you can guarantee that “You were killed by a grenade” is a message that shall become familiar to you. Very familiar.

Multiplayer is a bit more bearable, but the Martyrdom perk is one of the most hated of all online tactics. If a player has Martyrdom, they will drop a single grenade upon death. It really takes the triumph out of you victory if you’ve been exploded by the guy you just shot.

Aah, the Fleaman, one of gaming’s most detestable little pricks. These little guys are incredibly irritating enemies thanks to their ability to hop about at high speeds. It can be difficult to get a hit in, but rest assured that the bouncing bastards will get plenty on you.

Fleamen are essentially tied with the Medusa Heads when it comes to Castlevania enemies, but I went with Fleamen for the simple fact that they’re also technically midgets, and getting beaten up by a midget is pretty insulting. They’re also fucked up when you think about it as long as I have. Ugly, hunchbacked little midget men that can jump higher than normal people. I would not date one.

Oh fuck these guys. Fucking fuck these guys. Fallout 3 has its fair share of annoying enemies, but the Fuckin’ Ants are an absolute nightmare. When I first encountered one, I thought “Oh that’s cute, an ant. I’ll just shoot it in the head and OH MY FUCK WHY IS IT PUKING FIRE AT ME WHAT DID I EVER DO TO HIM!?”

They have a more technical name (Flame Ant), but the alternate moniker given in the game is Fuckin’ Ants, and I prefer it. It’s a far more fitting title because they are, indeed, Fuckin’ Ants.

These little buggers are relentless, trudging after you and spraying you in powerful fire should you get within their considerable range. They are mainly included because if you are not prepared for what they can do, the first encounter will totally fuck you up. Be warned.

GUILT — Trauma Center: Under the Knife:

GUILT is a fictional disease in the DS surgery game Trauma Center. Now, Trauma Center is tricky enough as it is, but when you are trying to extract what are basically evil sperm from people’s livers, it becomes a whole lot worse.

The various GUILT parasites do a lot of damage in a short amount of time, and they’re a bugger to locate and extract. Anybody who has had the pleasure of getting their arse kicked by this ludicrous hospital drama will tell you — GUILT is a prick.

Okay, only a blackhearted villain of the high seas could actually hate a Cactuar, but that doesn’t stop them from being some of the most intense pricks in the Final Fantasy series. Sure, Sephiroth killed a flower girl and Kefka poisoned a villain, but neither of them had the 1000 Needles attack, did they? No, didn’t think so. Cactuars are masters of bastardry.

Cactuars carry with them a psychological advantage. First of all, they look completely harmless, but more importantly, they are so cute and silly that any ass kicking had at their stubby hands is complete humiliation. You just got beaten by a swastika-shaped, one-foot-tall cactus.

And that about wraps it up for our tribute to small pricks in videogames. This is by no means a definitive list, and there are plenty more to be had. Feel free to let us know which pint-sized pricks have ruined your gaming experiences over the years.