After the recent Los Angeles earthquake, our own Editor Chad Concelmo realized (while curled in the fetal position under his desk) that there could be some ideal games to have on hand to play in case of such a natural disaster.

Similarly, I find myself battening down the hatches here in Miami awaiting the landfall of Tropical Storm Fay, wondering what games would be best to have on hand should she morph into a hurricane by the time she makes landfall and chews a hole through my condo. Unlike the President, I like to come prepared (see Hurricane Katrina, as in Colette’s experience with). Have I mentioned I live on the bay of Miami? 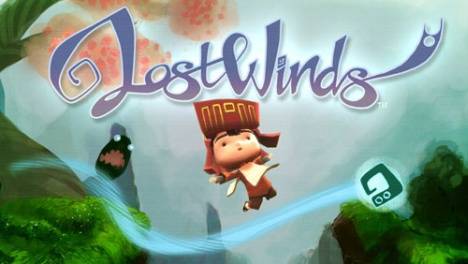 Lost Winds is an excellent warm-up for a few days before the hurricane hits. It might be good to practice your wind control, get accustomed to being blown around, etc. The peaceful atmosphere is only thing that kind of throws it all off, unless you want to pretend you’re playing in the eye of the storm. Try turning the music down and playing a Halloween sound effects CD to get that chaotic noise vibe going (the track with the screaming is preferable).

Mega Man II, or the boss fight against Air Man in Mega Man II to be more precise, is an ideal starting point for your day-before-the-hurricane prep gaming. You may very well need assistance moving through tremendous gusts of wind if a hurricane is heading your way, and just in case you decide to ignore the pleas on television to evacuate. A worthwhile note: hurricanes are not as easy to defeat as Air Man.

Unfortunately, Disaster: Day of Crisis is not out yet, so in the meantime I’d recommend you watch the trailers (pay attention to the tremendous swell of water headed for the coast as you get prepared for storm surges) and do your best to channel your natural survival instincts and add this to your list to play once it does come out (whenever that will be). Hopefully we’re not all dead by then.

4. Army of Two (Xbox 360/PS3)
While the Miami stage of the game may be useful to anyone trying to survive post-hurricane, it’s most useful (and rather creepy) to myself and the robot I happen to live with, as it’s pretty much an exact vision of Miami post-flooding. I’m thankful I can play an exact version of what that would be like, though! Realistic sims are a good thing! *eats a fistful of Xanax*
5.  Endless Ocean (Wii) 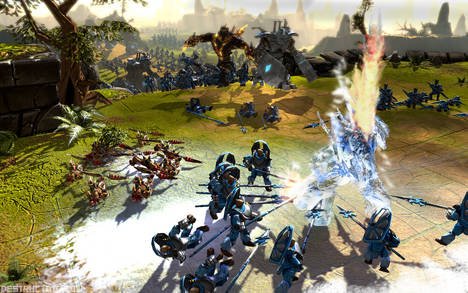 If all your survival skills add up to a pile of utter failure, you can always throw on your scuba gear, eat fish to survive, and explore the depths of your new underwater city. At least most of you are used to eating fish raw already (see: sushi), now all you have to do is adjust to eating them live and you’ll be fine. Disclaimer: most underwater scenes post-hurricane are more likely to be brown in color and littered with pieces of houses and dead vermin. In-game experience may vary from the real deal.
6. Floodsim (Web-based) 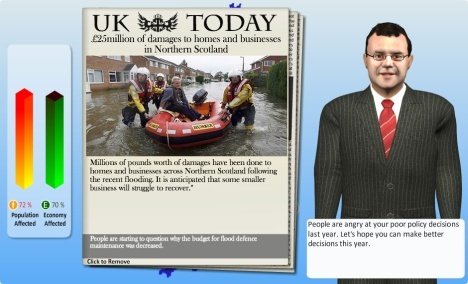 Maybe you’re seriously pissed about the state of how hurricanes are handled, and after Hurricane Katrina tearing a new asshole into the heart of New Orleans, who could blame you? Rather than assassinate Bush and get carted off to jail, you can choose something a bit less illegal and check out Floodsim, a game that allows you to actually manage flood policy decisions. You’ll do a better job than some unmentioned government officials could do with your eyes closed, I’ll promise you that.
Honorable Mention:
Super Mario 3 (NES)
That frog suit could come in handy. I’d suggest you not-emulate this on a not-R4 card for your DS, charge it up overnight, and play on the lowest light setting so you’ll have games to keep you going, even if your house crumbles down around you in the meantime. I take “be prepared” very seriously.

Filed under... #Destructoid Originals#Things gamers do