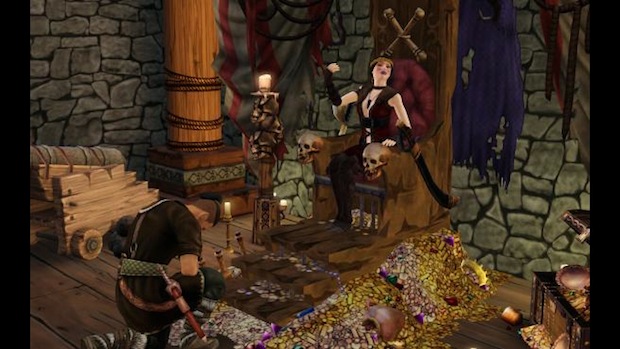 Hot on the heels of The Sims Medieval earlier this year comes The Sims Medieval: Pirates and Nobles, a new adventure pack that promises players more quests, treasure hunts, and new items for their kingdoms.

Gamers will get the chance to play as a pirate or a noble, settling in either the warring regions of Tredony or Aarbyville and embarking on some epic adventures. On the noble side, you can choose between being a monarch, knight, or a humble blacksmith. On the pirate side, pack up your maps and shovels and search for that buried treasure.

The pirate option seems a bit strange for a game called The Sims Medieval, but hey, pirates are hot at the moment, right? Just ask Johnny Depp; I think I saw him head in the general direction of the bank with a big grin on his face.

The Sims Medieval: Pirates and Nobles is set to be released in August for PC and Mac.