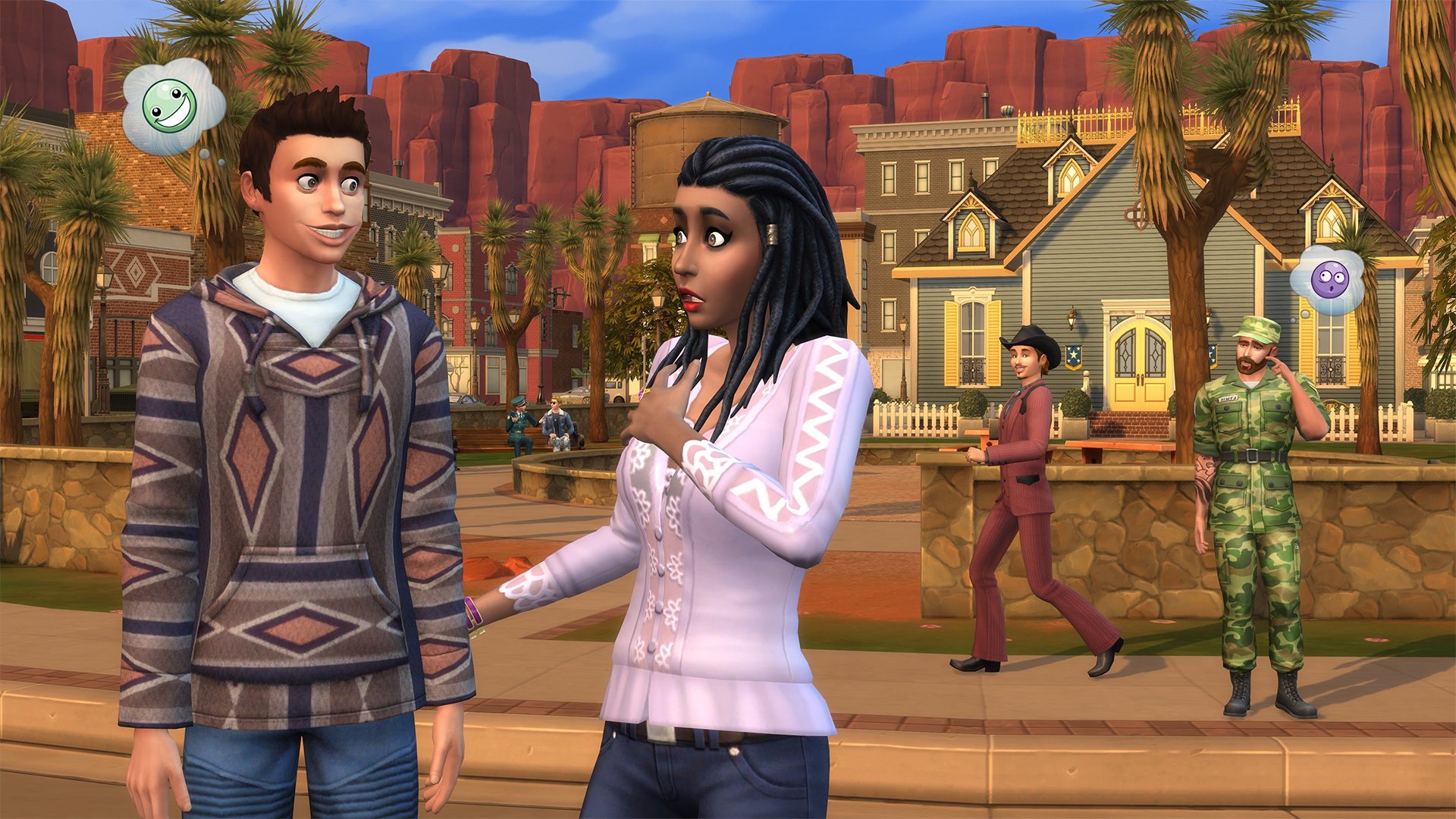 ‘If you see something, say nothing, and drink to forget’

The Sims 4 has been building up to something strange as of late, and that strangeness has culminated in StrangerVille, an upcoming game pack centered around an “odd desert town.” There’s loose talk of unusual weather, government agents, a secret lab, and grinning townies creepin’ up the place.

If it feels like history is repeating itself, you aren’t wrong. The Sims 2 had an aptly-named Strangetown. I strongly believe Weird Sims is the Best Sims, whether it’s official stories or player-made challenges.

“You could get to know locals (and secrets) at the watering hole,” hint the developers. “Even visit the library to meet scientists who may or may not know important information. But, your Sim can’t be in two places at once. So, you may have to rely on some ‘equipment’ to gather more information.”

If you’re stuck on where to go next or what to do in StrangerVille, the internet has your back.

As someone who hasn’t spent much time with The Sims in recent years but still regularly thinks about it, StrangerVille sounds enticing. In a crowd of perfectly adequate game packs, this concept stands out. And you just know people are going to use these out-of-left-field new playthings to their full extent.