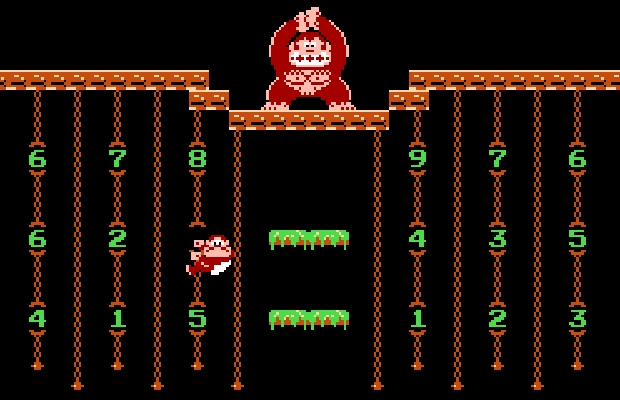 Editor’s Note: We’re not just a (rad) news site — we also publish opinions/editorials from our community & employees like this one, though be aware that it may not jive with the opinions of Destructoid as a whole, or how our moms raised us. Want to post your own article in response? Publish it now on our community blogs.

A couple months ago, I would have never considered writing a feature about how review scores work. First off, I rarely review games for this site, and, secondly — and most importantly — I have no interest in getting involved in the never-ending, exhaustingly fruitless argument over why certain games are scored a certain way.

But over the holiday break, something changed. As I started reading the comments on some of Destructoid’s more recent reviews — specifically Assassin’s Creed II and VVVVVV — I felt the need to throw in my two cents.

You see, there is one particular issue that is bothering me that I think a lot people genuinely may not understand. Of course, this has nothing to do with people’s opinions on how a videogame is scored. If you love a game and it gets a low score, it makes sense to respectfully disagree with the review. This feature is not about telling anyone that they are wrong for feeling the way they do.

No, this feature involves comparing one review to another — a misconception that is starting to infect the comments of almost every review that is posted on this site.

Hit the jump for a simple solution to solve everyone’s review score woes. Let’s all hold hands and read together.

Honestly, I can keep this rather short:

Review scores are not meant to be compared to each other.

Before rushing to the comments and letting me know what I am saying makes no sense, let’s go over how a numerical score is calculated in a review to begin with.

Each review and its respective numerical score (between 1 and 10) is based on the quality of that particular game. If a game gets a 5.0, it is completely average. More specifically (and this is super important!), giving a game a 5.0 means that the game being reviewed could, technically, be about five points better if certain things were improved. In more mathematical terms, this means the game is living up to 50% of its potential.

Think about a game you really love or hate. Now, mathematically, think about how much better that game could be. If it couldn’t be better in any obvious way, well, that game should get a 10 (or, at the very least, close to one). If the game you are thinking of could be significantly improved, think about how much and score it accordingly. Could it be three points better? Six points? In relation to what it is setting out to accomplish, how much of the game is successful? 30%? 85%? 100%? Boom. There’s your score.

But let’s move on from that — we could debate what a “5.0” really means for days. That’s not what this article is really about.

The point of this article is to not dissect review scores; it’s to dissuade everyone to not compare them with each other. It may sound simple and obvious, but it is unbelievably important.

With a lot of reviews, people look at a numerical score and surprisingly refuse to think about what that score actually means. It’s just “OMG [GAME A] GOT AN 8.0 AND [GAME B] GOT A 9.0! DESTRUCTOID THINKS [GAME B] IS BETTER! FAIL!”

Let’s use the “5.0” example once more. If a game gets this average review, the score only applies to that game. Meaning: if the inevitable Assassin’s Creed III gets a 5.0, it means that particular game could easily improve things to make it five points better (be it graphics, gameplay, etc.).

Conversely, if another game — an indie game, for example — gets a high 9.0, that doesn’t necessarily mean it is a better game than Assassin’s Creed III. It doesn’t mean that at all, actually! All it means is the indie game is so good it could only make enough improvements to score it one point higher.

In no way does it mean the indie game is exactly four points better than Assassin’s Creed III (whatever that would even mean).

Review scores are meant to reflect the quality of a particular game. They are not meant to be compared to each other in any way. If a game gets a 7.0, that game got a 7.0. If another game gets a 2.0, that game was scored a 2.0. In a normal review world, a game that gets a 6.0 could or could not be “better” than a game that gets an 8.0. Unless the reviewer specifically states, “[Game A] is better than [Game B],” there is no way to tell which game is better based on the review scores alone. Again, each review exists in its own individual world and should be read and understood accordingly.

Personally, if I were to review Dead Rising for the Xbox 360, I would probably give it around a 6.0, due to some serious problems I had with the game’s controls and certain design choices. The game could have easily been four points better if Capcom changed some key things about it. Easily four points better. On the other hand, I would (and did!) give Planet Puzzle League for the Nintendo DS a 9.5, as it is near-perfect in the kind of game it sets out to be. It could have only been, at the most, a half a point higher with some small, merely cosmetic (*cough* friend code *cough*), changes.

But … if someone were to ask me what game I like better, I would easily choose Dead Rising. I love that game, despite some of the problems I have with it.

Let’s use a popular ongoing series as another great example of all this.

Every year a new game in the Madden series comes out that is almost identical to the one before it. Say in 1995, Madden ’95 was ranked a 9.0 for being one of the greatest football videogames ever made.

Obviously over the years the Madden games have improved in various ways — more features, better graphics, improved simulation. Between 1995 and now — if reviews were meant to be compared — how could you do better than a 9.0 year after year after year? Answer: You can’t!

That’s why each game is judged on its own quality, with no intentions that its review will be compared to another. If one Madden gets a 9.0 and another gets a 7.5, that doesn’t mean the 9.0 iteration is better. It only means that the 9.0 game lives up to 90% of its potential, as opposed to its colleague’s 75%.

If a chef prepared a plate of brussel sprouts that 9 out of 10 brussel sprout experts adored and another plate of chocolate cupcakes that only 5 out of 10 dessert experts loved, you can bet your ass I will still be asking for more of those average chocolate cupcakes, while ignoring the plate of almost perfectly prepared vegetables. Why? BECAUSE A 5.0 CUPCAKE WILL ALWAYS BE BETTER THAN A 9.0 BRUSSEL SPROUT!

Okay, I admit that was the worst analogy of all time, but hopefully you get an idea of the point I am trying to get across: Review scores should never, ever be compared.

In no way am I calling anyone out for not agreeing with the reviews we do here. Like I mentioned before, everyone is entitled to their opinion, and we respect and adore the Destructoid community more than you will ever know.

Just remember this little insignificant feature the next time you want to scream “Destructoid thinks this game is better than that game! Confirmed!”

What you are saying really doesn’t make any sense.