Cigarettes and killers make the world go ’round

The Silver Case makes one hell of a first impression. It’s jarring and obtuse, switching between clunky first-person exploration segments, long stretches of dialogue, and short spurts of full motion video at a moment’s notice. Its story, too, is erratic and complicated as it switches between gruff-ass detectives chasing a serial killer and a chain-smoking reporter’s investigation into the same man’s troubled past.

Every part of The Silver Case speaks to the era in which it was first released. Though originally only available as a Japan-exclusive PlayStation title before the turn of the century, 2016 saw a translated and updated HD version of the game release on Steam. Now available for the first time on the PlayStation 4, The Silver Case‘s bizarre blend of visual novel storytelling and adventure game exploration is as perplexing as it is frustrating.

After spending a few hours with The Silver Case‘s PS4 port, I’m still not sure how I feel about it. While it first seems like a straightforward and hardboiled story about a crack team of crime solvers, it doesn’t take long until it descends into madness. There’s plenty of talk about demons who appear due to “criminal powers.” Your character — a mute special forces agent — is called both Chinchilla and Big Dick. Tough-as-nails detectives chat about one man’s frequent toothaches and whether or not they can predict terrible events. It’s wacky. It’s weird. It’s full of the ridiculous stuff that could only happen in a Suda51 game.

And looking at The Silver Case as the origin of the strange and twisted Suda51 canon makes the experience a bit more palatable. The way that conversations where characters decry the state of music on a midnight drive (“What is this, a fuckin’ lullaby? Fuckin’ radio. Playing nothing but shit.”) before abruptly shifting into semi-philosophical ramblings about the state of the world (“On nights like this, weird shit happens. That’s just the way it is.”) is peak Suda51. The game’s nonsensical layout — it often looks like the worst Twitch stream you’ve ever seen — and ever-shifting gameplay alludes to the over-the-top presentation later found in Michigan: Report From Hell and No More Heroes. The Silver Case is a relic; it’s either difficult to follow or aggressively unplayable at any given moment, but it’s valuable as a sort of clunky style guide to one of the game industry’s most eccentric creators. 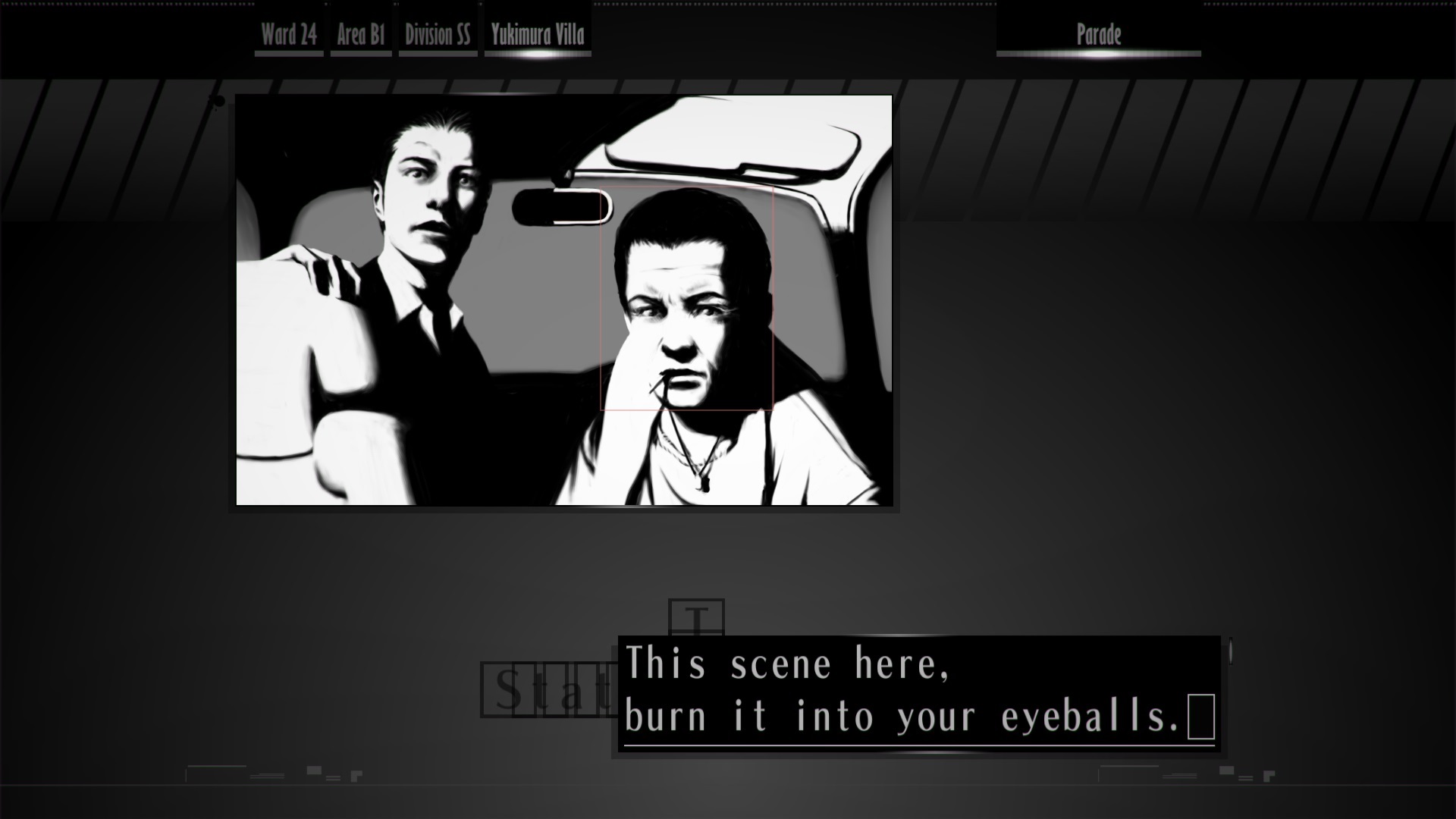 In addition to being the only way to play The Silver Case on a modern console, the PS4 port includes two new chapters. These additions — White Out Prologue and Yami — bookend an already inscrutably verbose story.

But despite being confusing and archaic, there is something special about The Silver Case. For all of its grating sound effects and nonsensical moments, the game’s two concurrent narratives weave a crazy tale that isn’t concerned with convention. Every time it frustrated me to the point of wanting to close the game, something interesting or downright strange kept me going. I haven’t experienced anything like The Silver Case before, and I doubt that I ever will again.

Even in its most accessible state, I can’t say that The Silver Case is for everyone. Hell, I’m not even sure if it’s for me. I can, however, say that it’s an undeniably wild ride all the way through. If you can soldier through stilted and uneven conversations, tolerate clunky first-person movement, or accept that sometimes the game just makes no sense, you’ll find an experience that’s as baffling as it is intriguing.

As one of The Silver Case‘s main characters states in an early chapter: “Go ahead and toss common sense right out the window for this.” Sometimes, that’s all you can do.