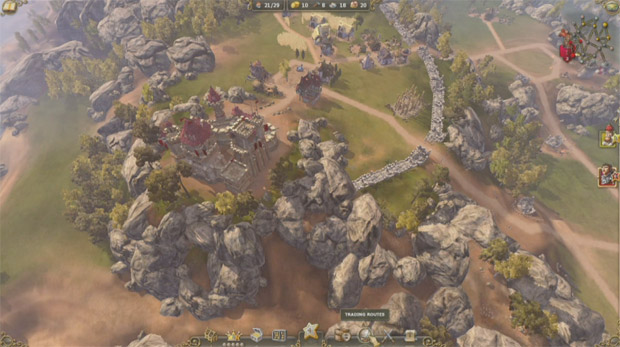 With about a month left until The Settlers 7: Paths to a Kingdom makes it to PC and Mac, Ubisoft is ready to talk more about the strategy title. Namely, a Gold Edition is happening.

If you opt to upgrade to this premier digital version of the game by throwing in an extra $10, you get: an exclusive map, extra castle forge elements, the soundtrack, and mothereffing Chestmaster9000. It’s not quite over 9000, but damn does it come close.

Additionally, we are given a look at The Settlers 7‘s victory points. Even after this in-depth look at the system, I’m still not sure what’s going on. Bruce Shelley’s ridiculous-looking microphone was way too distracting. So distracting, in fact, that I almost forgot about the whole Ubisoft DRM thing.