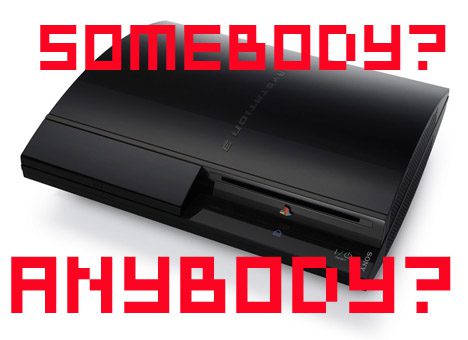 PS3, the most powerful console on the market? It might be. Apparently, that isn’t enough to make gamers buy them and keep them. According to Tech.Blorge, a lot more people are trying to trade their PS3’s for Wii’s than Sony might like to think. This would be less humiliating were the PS3 not the rarer of the two consoles, but considering Sony’s behemoth was the scarcer of the two, it’s a little like your boss finding those naked pictures you took with his daughter during the Christmas party last year. Good luck explaining that you didn’t teach her to get her legs to do that.

Between tidbits like this and reports of Sony reps waxing poetic about PS3’s “freezing up”, Sony’s hanging out right near ugly territory again as far as I’m concerned. They took a great risk by pricing this console so high, and if all this mad black market action is any indication, the Wii may be winning the race despite lesser graphical prowess. I’m going to start running now, before the Sony fanboys start pounding me with a metal pipe they’ve wrenched out of the nearby ground in burning fury.