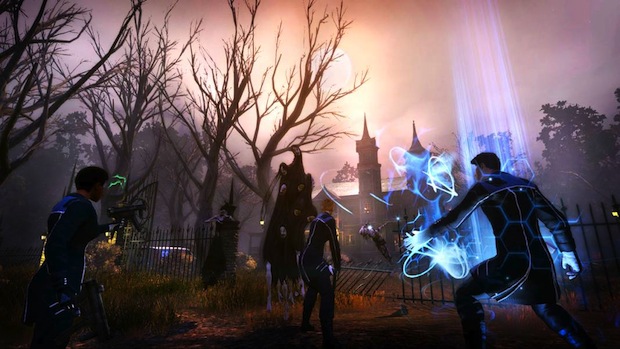 One of the coolest MMO games I’ve played in a long time, The Secret World, finally has an official launch date: June 19, 2012. It was originally marked for an April launch, but Funcom says that they’re wanting to put a bit more time into it to apply more polish.

It’s already looking really good. I’ve spent a couple of different days with the game at press events, and have come away excited both times. Later this week I’ll give you my impressions of the latest round, which included some great dungeon action and ridiculous boss fights.

“Allowing for even more time to polish the game really shows just how much faith Funcom as a company has in The Secret World and how committed we are to making it the best it can be,” says Creative Director and Senior Producer Ragnar Tørnquist. “The additional time will also allow us to carry out even more quality beta testing, and soon we will also be announcing several public beta events where hundreds of thousands of gamers will get to test the game prior to launch.”

More than 750,000 players are already signed up for beta. If you want in on that (and I’m telling you that you will), hit up the official site.