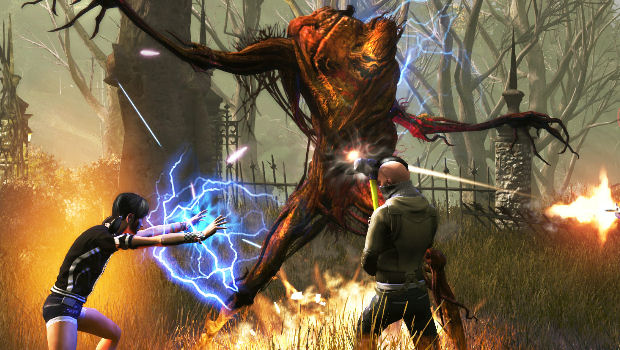 Funcom’s The Secret World is distinguished by the fact it’s an MMO that I actually care about. I was drawn to the title as soon as the early trailers rolled out, intrigued by the modern day setting and enthralled by some incredible creature design.

Electronic Arts was presenting the game at PAX and gave us a look, so I snapped up the opportunity to dig a little deeper into a game that looks a little bit like Dragon Age, only with more guns and Cthulhu-headed squirmbeasts. 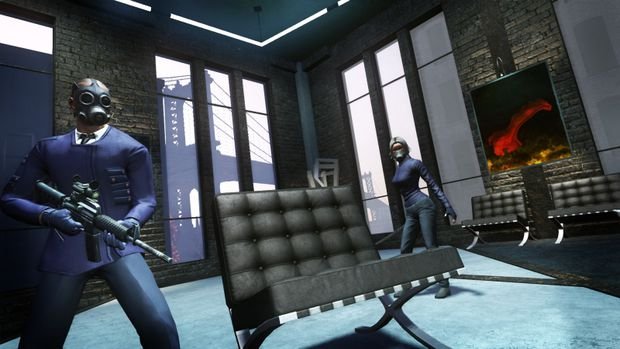 The Secret World is set on an Earth where every myth, conspiracy theory, and ghost story is true. Familiar legends, lost cities and shadowy organizations are everywhere, and players get to choose between three factions — The Dragon, The Templars and The Illuminati. Although players from any faction team up for story missions, they are also taking part in a “Secret War” to control the world.

Despite the original dressing, the game’s mission structure and combat betray The Secret World‘s MMORPG roots, as players team up, get missions, travel to dungeons, partake in click-heavy combat, and make off with the loot. However, there’s quite a bit of speed to the combat, with an engaging pace and intensity that reminds me quite a bit of Dragon Age.

Characters get a variety of melee weapons, magical spells and special abilities, and since this is the modern day, firearms such as assault rifles are also in play. No matter your weapon, combat is still automatic and quasi-turn-based, so you cannot simply turn Secret World into a third-person shooter.

The Secret War makes for some pretty damn interesting stuff and looks set to be the most compelling feature. Despite publicly working together, there are various missions in which the game’s three factions work against each other. These story missions are unique to each faction and often play against each other. For example, one faction might end up turning a previously safe area into a ghost-littered hell factory, and another faction’s mission may take place in the terrifying aftermath. 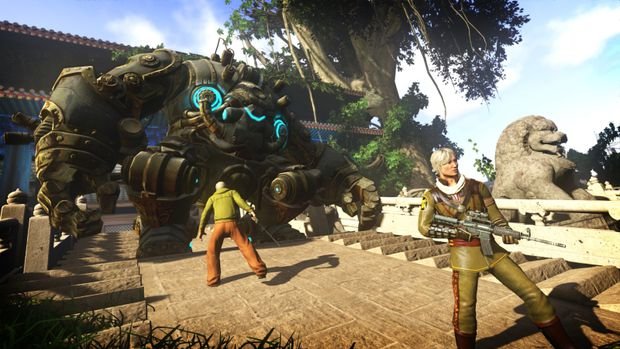 The game’s world contains various important landmarks based on mythological locations such as Atlantis and Eldorado, and these places set the scene for The Secret World’s PvP mode. Every special location confers a variety of gameplay bonuses to whichever faction controls it, bonuses that affect every player on the server. Other factions can mount offensives to wrest control of the location, however, and huge three-way battles are on the cards. We were shown footage of one of these fights in action, and it looks absolutely chaotic, with players running around from all corners of the map, swords and fireballs at the ready.

What really jumps out at me, however, is the legitimate horror atmosphere that the game is able to pull off. One mission, set in a dimly lit parking lot full of screaming, charging specters, is particularly eerie and could legitimately terrify players. Add to that, the fact that monsters look legitimately grotesque and carry more than a little bit of a Lovecraftian influence, and you’ve got a game that has some serious fright potential.

The Secret World looks promising, especially as far as MMOs go. While the idea of the genre has always interested me, the dull gameplay and predictable mission progression always puts me off. I’m hoping that The Secret World brings a little more action and a lot more fun to the MMOs. It has an absolutely terrific sense of atmosphere and some great visual flair, so here’s keeping our fingers crossed that it’s not been squandered on just another MMORPG.