Put some pants on!

It’s no secret Japan has long been trying to destroy us westerners with its unstoppable culture for decades. Whether it’s replacing our wives with waifus or cramming our circulatory systems with their nutrient void, sodium-packed instant ramen, we’re being silently destroyed by those incessantly polite islanders. It knows all our weaknesses, so if you think your video games are safe from its corruption, you’re laughably mistaken. Tanuki testicles have been covertly infiltrating our games since the beginning. Japan has been placing its balls in our games all along!

The tanuki — sometimes referred to as a raccoon dog over here for the color patterns it shares with the common trash panda — is a small canine native to Japan. More than just a common sight in Japanese wildlife, it plays a considerable role in the country’s folklore. Statues of the creature can be found all over Japan, often depicting it as a rotund, jovial-looking creature, frequently dawning a hat, carrying a bottle of sake, and almost always sporting a massively heaping scrotum. 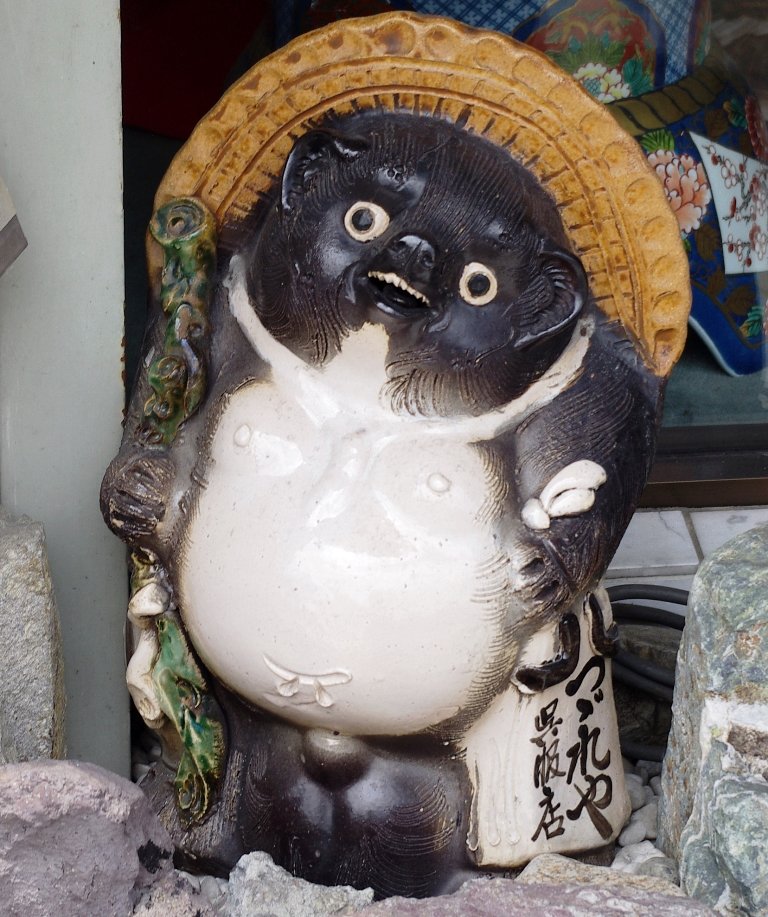 Japan has been an inextricable part of the video game industry since its youth, from the arcade hits of the old days to the console giants of today. So it’s little wonder portions of its folklore have leaked into the games we play, and the tanuki has had a significant role. Once thought of as a raccoon tail by westerners, when Mario touches a leaf in Super Mario Bros. 3, the tail he gains is actually that of a tanuki. Thankfully, we’re spared the sight of Mario’s powered up testes, his overalls no doubt valiantly straining to contain them. In fact, when he turns into a statue while dawning the full Tanuki Suit, rather than a tanuki statue, he instead becomes something more similar to a jizo statue.

That doesn’t mean we’re safe from tanuki balls just because Mario is modest enough to keep his enchanted tacklebox from sight. Other games haven’t been so shy about it, though at the time we may not have known what we were looking at, but mark my words, they’re there: 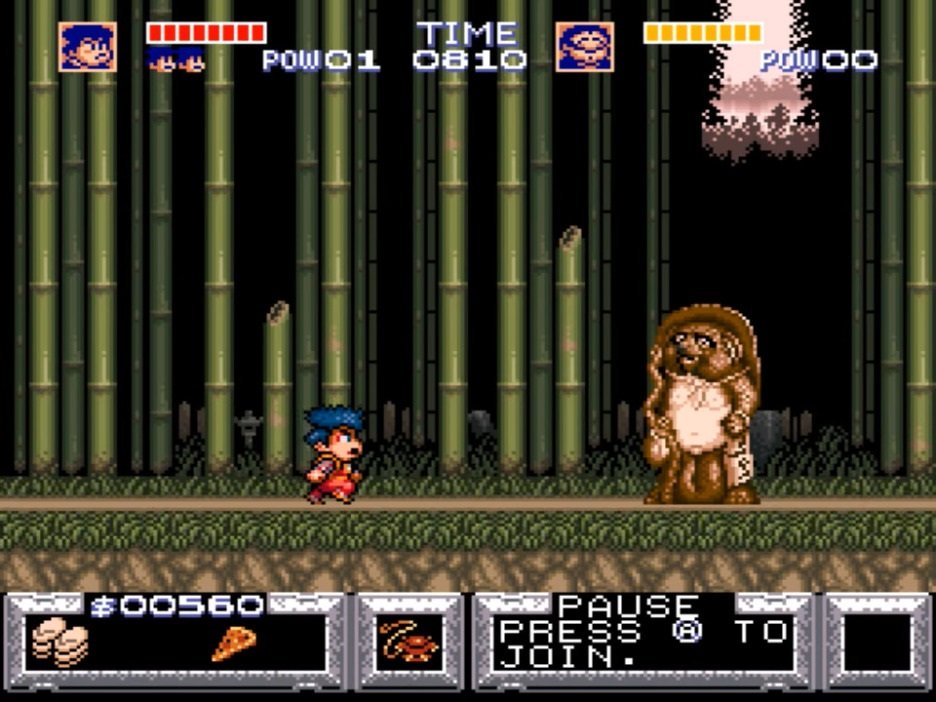 That image is from Legend of the Mystical Ninja, and while I’m sure I don’t need to draw your attention to them, I can assure you that between the tanuki statues legs are a mighty pair of golden nuggets. Even if you’re familiar with this game, you might not have even noticed the tanuki’s shameful sack. Maybe that’s because you’re not one to scrutinize scrotes, or perhaps your mind just blotted out the childhood trauma.

Moving on, here’s another: 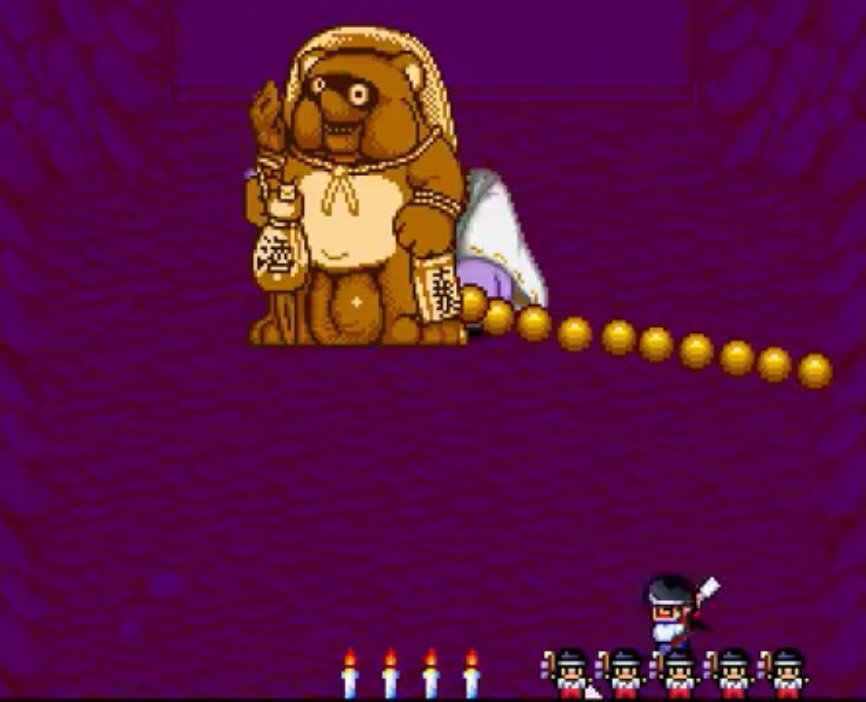 This screenshot is from Rocky and Pocky 2, a game that co-stars a magical tanuki named Manuke, though, in the North American version, he’s carefully disguised as a raccoon named Rocky. Although the markings on his fur certainly make him look the part, his true identity is betrayed when Pocky triggers his secret ability, and his giant fun bag is exposed for all to see.

Don’t think the tanuki’s terrifying undercarriage was only exposed on 2D systems. As recently as 2006’s Okami, the ubiquitous statues were rubbing their significant sacks all over. I always thought Edo-era Japan was such a wholesome time period, but now I know that there’s no escape from those lewd love bags. 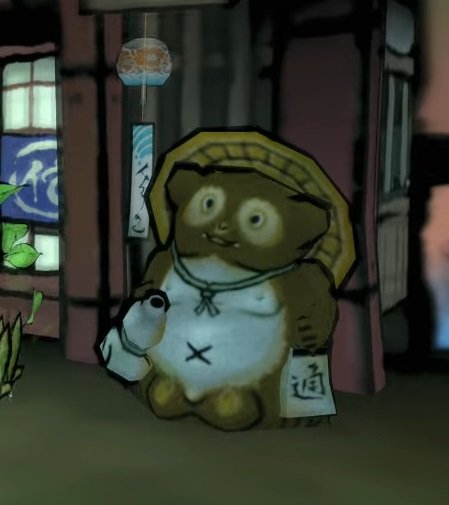 Some tanuki are more modest. Take Tom Nook from Animal Crossing for example. Sometimes referred to as a raccoon, Tom’s name gives away his true species. Not only that, but he is often seen wearing nothing but an apron, which is an odd choice of apparel in a world where few people even bother wearing pants. Obviously, that apron is just there to cover up his king-sized love biscuits. Thank you for your modesty, Mr. Nook. Rent is coming next week, I swear. 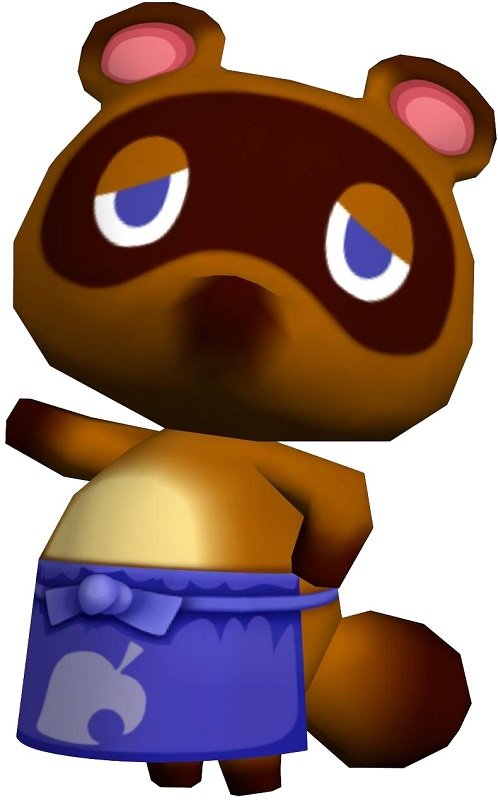 Hopefully, I’ve opened your eyes to the dangers of Japanese folklore in our games. Next thing you know, they’ll be making us fall in love with women who are actually foxes and washing feet that come down from the ceiling at night. What’s next? Watching subtitled cartoons about high school children surrounded by members of the opposite sex, all vying for their affections? Adapting shows about spandexed ninjas fighting space monsters for younger audiences? And to what end? Probably to desensitize us enough that we finally accept their game shows and pornography.

I hope you’ll join me in demanding that Japan start putting pants on their raccoon dogs. All of them. Country-wide. It’s the only way we can save our children from being overwhelmed by a deluge of heaping tanuki balls. We have to do something! Think of the children!