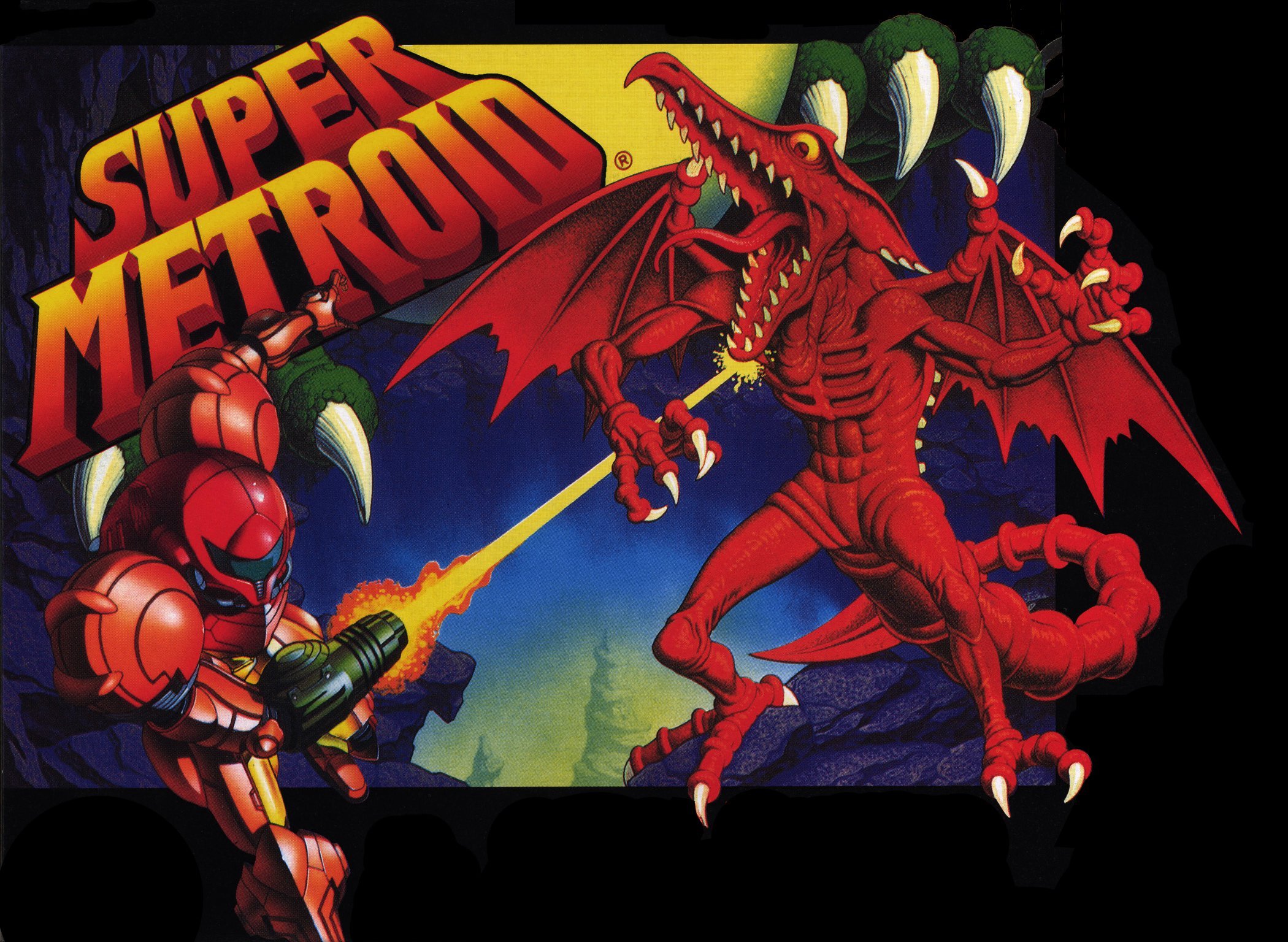 My retrospective of a retro masterpiece

It was Metroid’s 30th anniversary recently, and although the celebrations were a bit scarce on the Nintendo front, fans took to the internet to show their appreciation of the series, most notably in the form of AM2R (which has now, sadly been taken down). The buzz around AM2R showed that there is still a strong and loyal fan base for Metroid out there, and how welcomed a remake of one of the classics would go down if Nintendo would bother.

My favourite title in the Metroid franchise is Super Metroid, it came around at just the right time for me, I was just at the right age to enjoy and appreciate it. Although I previously mentioned remakes, Super Metroid holds up amongst the games of today pretty well, I replayed it recently to make sure it wasn’t a trick of the rose tinted glasses and marvelled at how great it still is.

I was thinking about what made Super Metroid stand out to me so much, and wanted to share some of my reasons with you. You may disagree on the choice of game, my reasons, or just hate Metroid altogether, but still be sure to (nicely) share your thoughts or additions below. 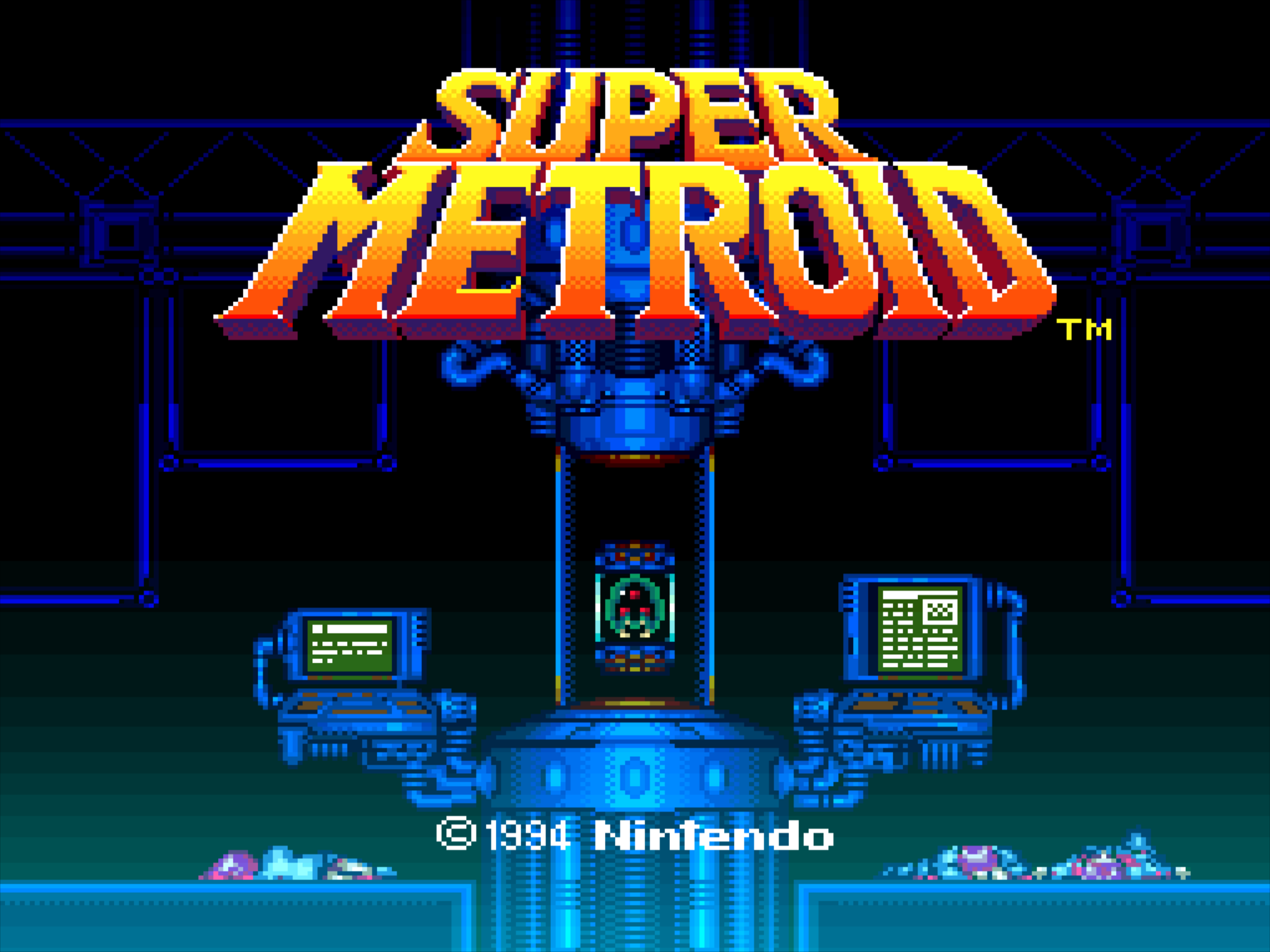 Also this kind of goes without saying, but spoilers ahead!

The glue that holds it altogether is the story. Or should I say lack of? Super Metroid does what so few mainstream games do nowadays and employs the technique of showing instead of telling. After the opening cutscene brings you up to speed on the previous games, no other voices are heard and no further dialogue boxes are seen throughout the rest of the game, leaving the vast majority of the plot open to interpretation. Following the action packed prologue, you are suddenly left in stark contrast alone atop your ship on a seemingly desolate Zebes. The elegantly silent and simple story that follows is up to you to uncover through the environments you explore and the enemies you eliminate. Exposition is not something found in the vast mysterious caverns of this alien world and this game is all the more memorable for it. One of my friends said the best way to enjoy this game is completely alone in darkness to recreate the isolated feel, I must say I agree.

Then of course, your all important protagonist. What do you get when you cross Kim Basinger with Ellen Ripley on the distant mining planet of K-2L? Samus Aran of course. Back before the high-heeled Zero Suit and emotional outbursts of her incarnation in Other M, Samus Aran was a strong, stoic, and skilled 6’3″ 198 lbs Amazonian that commanded nothing but respect. Despite the beauty pageant bathing suit reveal at the end of the game, there is no denying that Samus is a feminist icon. Being one of the first major female protagonists in video games, Samus continued to pave the way in this third installment of the series, embodying not only power but compassion as she near single handedly / arm cannonedly takes down the Space Pirates of Zebes and saves the day, firmly establishing herself as a role model for aspiring badasses the world over. To use a term the kids love nowadays, Samus to me is #goals (shudder). 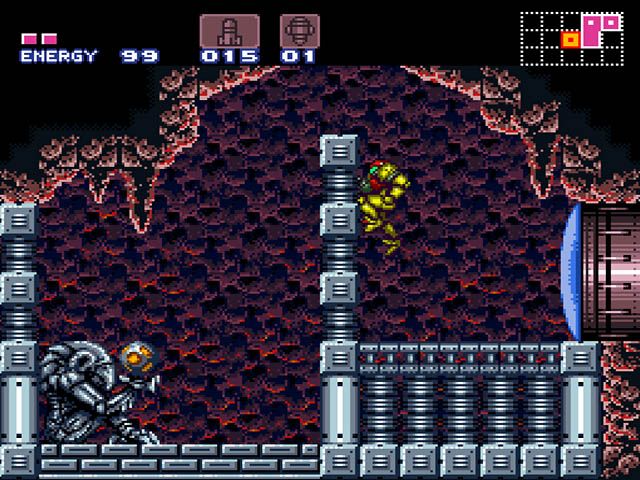 It’s almost impossible to talk about Super Metroid without mentioning the mood and feeling it evokes. The sum of its parts, this intangible perfection is a testament to the amount of talent and and hard work that went into every individual component of the game. Openly and unashamedly inspired by the ‘Alien’ film series and designs of H.R. Giger, the oppressive atmosphere and sense of isolation you feel while playing are both haunting and inspiring; notable examples being the title screen littered with dead bodies or the heart wrenching sacrifice of the baby (Metroid Larva / Super Metroid) in the final confrontation with Mother Brain. Nintendo really went to an uncharacteristically dark place with this one; and few titles since have matched this level of masterful melancholy.

One of the main reasons why Super Metroid is still held in such high regard today is because it is a masterclass of game design. The areas, power-ups and enemies are intelligently crafted in such a way as to present a linear game as open world. It treats the player with respect, allowing you to explore at your own pace and if you get lost or stuck, it subtly nudges you in the right direction without a heavy handed tutorial or invisible wall in sight. This is achieved through the clever combination of the level design and upgrades: Closing shutters keep blocking your path? Find the Speed Booster and now you can run through in time. It’s this steady flow of challenge and reward that takes the monotony out of retracing your steps, as each backtrack comes with a new puzzle to solve or secret area to uncover. And there’s no one right way to do something: If you get lost, you might come across a secret area with an optional power-up and find a detour, meaning you can play a different route and potentially get a different ending every time you play.

Super Metroid takes the repetitive blue tunnels of the original NES title and blows them away with a vast and varied world of alien environments ranging from underground jungles to fiery caverns, pushing the SNES’s 16-bit graphics to the limit to create an expansive and immersive experience that still looks great today. No detail was left forgotten when it came to the characters either; whether it be Samus’s asymmetrical sprite standing strong against the dark environments, or the little drops of saliva that periodically fall from Mother Brain’s jaws before you blast her into oblivion in all your rainbow glory. It’s the combination of all of these little ambient touches that really brings the game together and fleshes it out into something believable. 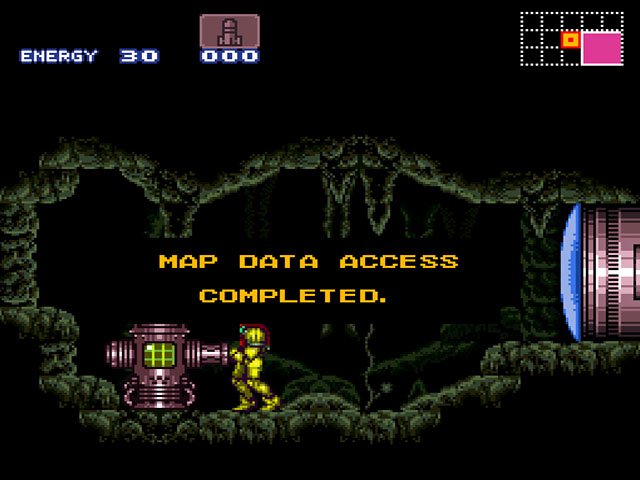 Super Metroid has an incredible soundtrack that arguably has more of an impact and perhaps more of a legacy than the actual visuals. Hirokazu Tanaka, the composer of the original Metroid stated that he wanted the score to sound as though players were encountering a living organism, and he certainly didn’t disappoint. The title theme alone is a masterpiece of establishing mood with the minimalist synth overlaid with a Darth Vader-like respirator, and every track that follows maintains this standard. Also, an honourable mention to the sampling of Godzilla movie sounds for the bosses.

Sadly, it would be a further eight years before Samus would see another sequel, missing a release on the N64 entirely. There’s no denying that this lengthy hiatus hurt the momentum of this franchise, as later Metroid releases have never quite been able to garner as much popularity or praise as this practically perfect title. Nevertheless, Super Metroid has firmly cemented itself in the pantheon of gaming; having a genre named after it (well half), and going on to inspire notable titles such as Axiom Verge, Ori and the Blind Forest, and Guacamelee! to name but a few. However uncertain Metroid’s future, it’s reassuring to know that there will always be Super Metroid to stand the test of time.

What do YOU like best about Super Metroid? Or do you think another game in the franchise is better? Be sure to share your thoughts, and thanks for joining me through this little trip down memory lane.

See you next mission.