Although the vote, once again, went the loser’s way

The second round of the Teenage Mutant Hero Turtle-themed splatfest ended yesterday. Players in the United States and Europe fought it out on Nintendo’s Switch shooter Splatoon 2 to decide who rocked their world more, Michelangelo or Donatello?

Despite Mikey taking a very comfortable 55% of the public vote. Team Donnie pulled back both Solo and Team play points to give the mechanically-minded ninja (and team captain Marina) the 2 – 1 victory. I love ya, Pearl, but you had the wrong horse in this race, sister.

Donatello will now go on to get destroyed by second finalist Raphael in next weekend’s Grand Finals. Incidentally, this is the second time this tourney that the winner of the popularity vote actually lost when it came to match points. Kinda shows how torn the community is when picking their favourite hero in a half-shell (and kinda raises questions about the splatfest system, but shush.)

The Raphael vs Donatello splatfest will begin May 18 in the U.S and May 19 in Europe. 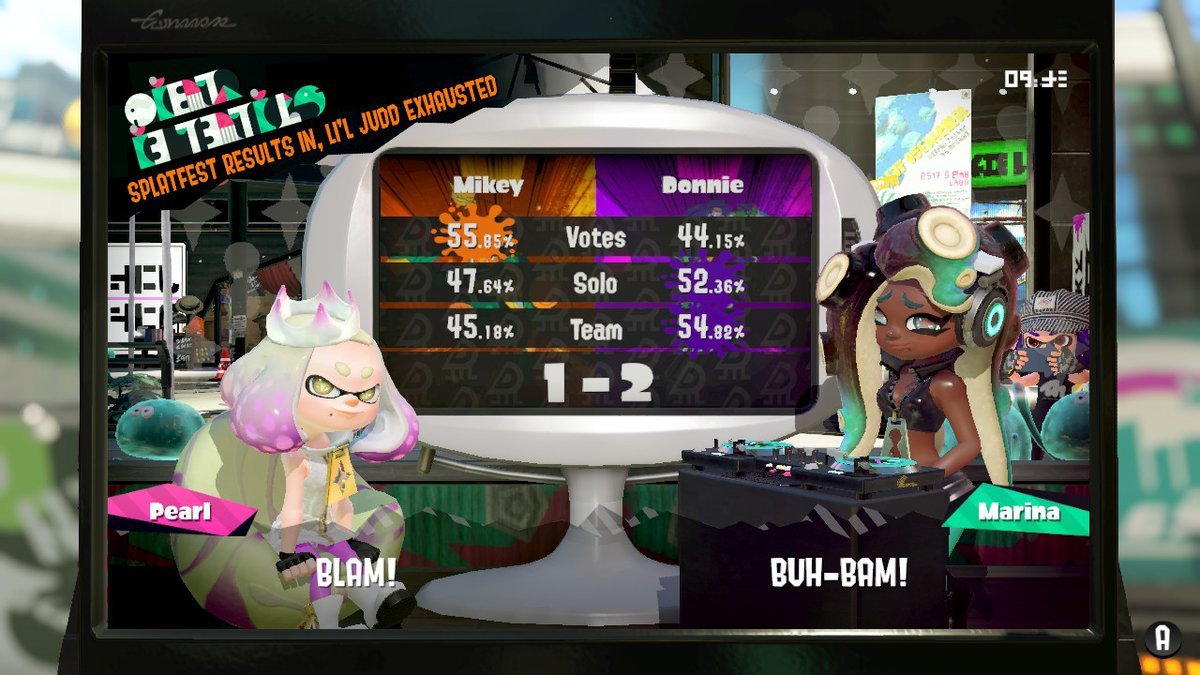