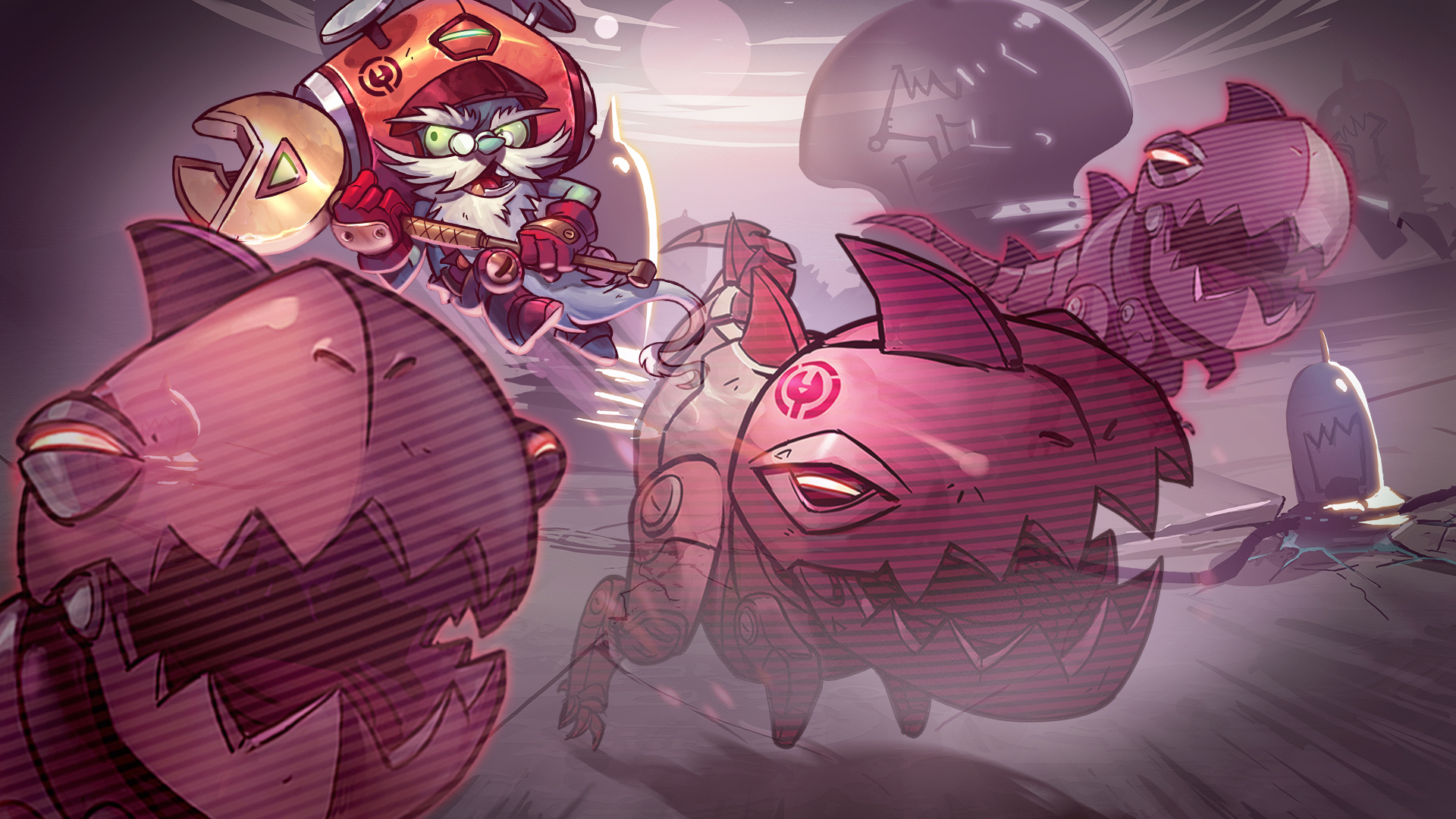 I never could have predicted Ronimo would be able to keep Awesomenauts going for this long. It’s impressive! Today, the studio released another major update for the 2D MOBA as well as the second paid expansion, Overdrive, which adds three characters to the roster.

All players are getting a new matchmaking system; touched-up visuals for special effects, user-interface elements, and even characters (Lonestar looks so much better); and a free ‘naut, Ix the Interloper. He was the winning entry from last year’s “Design-Your-Naut 2” contest.

As for Overdrive itself, the expansion is $8.99 and includes the robo dino-summoning Professor Milton Yoolip, the biker bounty hunter Chucho Krokk, and the twins Jimmy, Amy, and their Lux-5000 Toddletron mech (all one character). As usual, the artwork is great.

Since I last played Awesomenauts, Ronimo rolled out a new progression system for leveling up. That stuff might be new for you, too. There’s also a map from the Starstorm expansion currently playable in a pre-alpha state in custom matches ahead of its final release later this year.

Enough to get me back in? Probably not, if Heroes of the Storm has anything to say about it.