For a hefty price, naturally

For years within the competitive console FPS gaming scene, unless you were a master of the claw grip, customizable controllers were simply the best answer for quick and easy grenade throws or crouch jumping while still keeping your thumbs on the analog sticks. Or more specifically, the programmable paddles behind them.

Having that ability made a world of difference for trick shots, or could be the deciding factor in a quick gunfight. Then, with the introduction of the Xbox One Elite Wireless Controller in recent years, third-party controller manufacturers have been trying to mimic that concept of a premium pro controller on PS4 ever since (usually at a cheaper price and with very mixed results).

However, it would seem SCUF Gaming is attempting to create another pro controller for the PS4, while also matching that premium pricing and branding. Enter the SCUF Vantage “performance controller,” which will be releasing in two different models. A wired-only model (USB) for $169.95 USD and a wireless (Bluetooth) model for $199.95 USD. 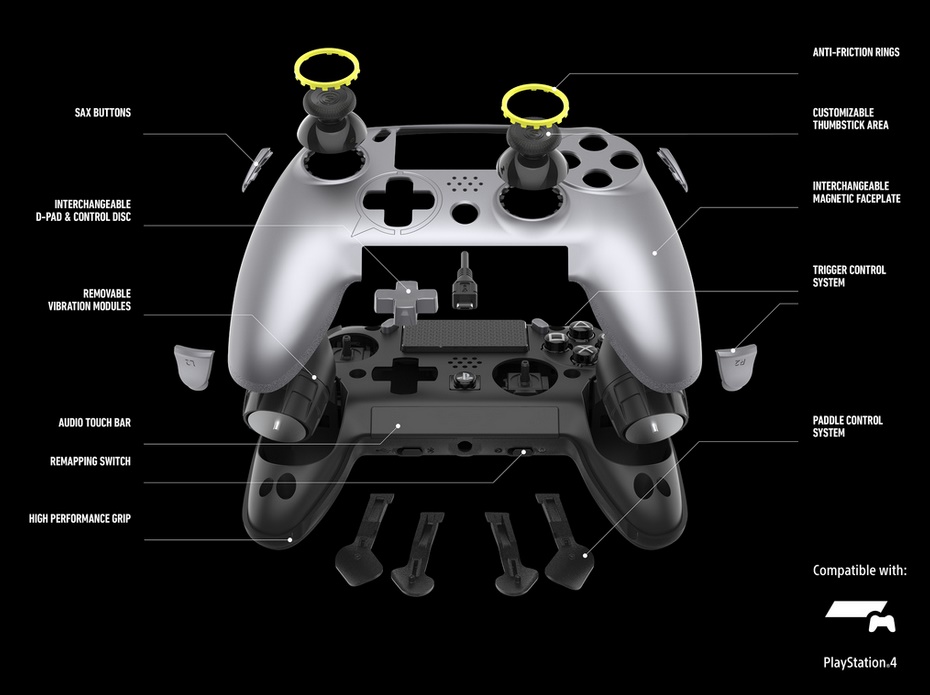 The controllers themselves will be releasing later this summer and are available for pre-order now at their official website – or GameStop for folks in the US. The controllers are highly customizable, “making it easier for players to tailor the controller to their individual preferences.” With everything from a “paddle control system”, choice of D-pads, and even a nifty magnetic faceplate. For those interested, here’s a full list of features:

Notably, as mentioned on the PlayStation Blog, “some of the features or functions described may differ from the final product.” Whether or not these controllers will actually live up to the price, their described feature-set, or if they’ll even be comparable to the Xbox One Wireless Elite Controller — we’ll just have to wait and see.