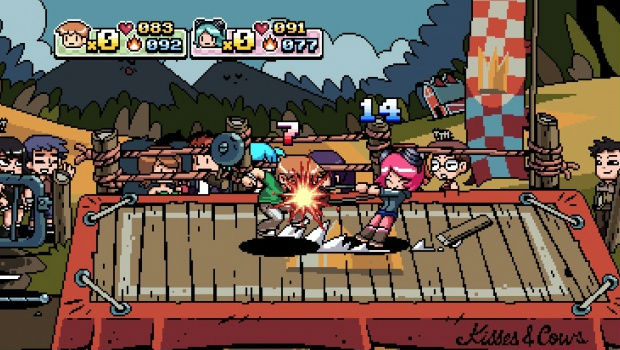 Major Nelson has released an Xbox Live Marketplace schedule for this week, and on it is the Scott Pilgrim: Online Multiplayer + Wallace Pack for Scott Pilgrim vs. The World: The Game.

While this story may seem cut and dry, Scott Pilgrim creator Bryan Lee O’Malley stated late last year that he was never contacted in regards to producing this DLC. Whether or not Ubisoft just went ahead without the normal development squad is yet to be known, and the DLC has been delayed at least once. We’ll find out all of the details soon.