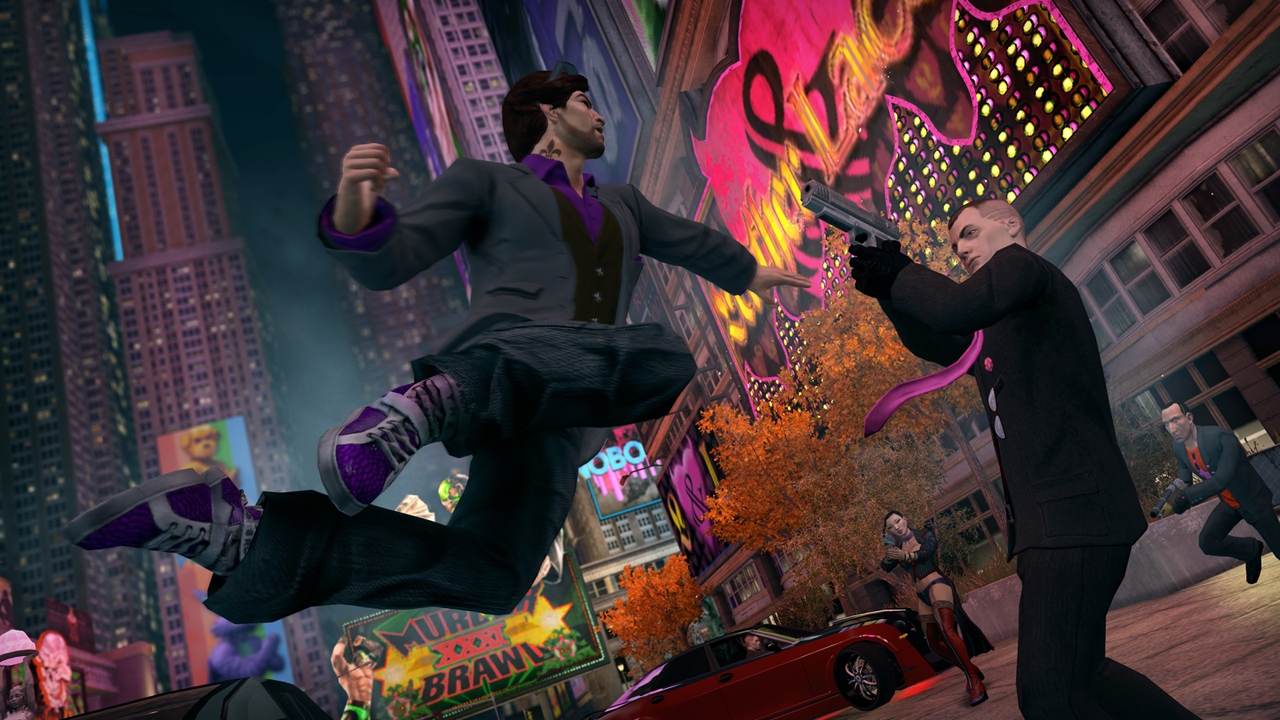 Deep Silver has announced it will be porting Saints Row: The Third to Nintendo Switch as the “Full Package” edition on May 10, 2019. For those unaware, that was the version of the game which included all of the DLC and was essentially a “Game of the Year” re-release. There was no mention of exclusive features or additions, but this should retain the co-op support that the original had.

Are you ready to head back to the City of Steelport? Saints Row: The Third – The Full Package will launch on #NintendoSwitch 10 May 2019.#SaintsRow pic.twitter.com/MI0zgEpVoM

I have some incredibly mixed feelings on Saints Row: The Third. Upon release, I thought it was a huge step back from Saints Row 2 and one that felt lacking in content. The campaign attempted to hide its shortcomings under absurdist humor and the dramatic shift to a more cartoony art style didn’t make sense to me. As time has gone on, I’ve grown to actually like the visuals of the game, but I still feel this is the weakest entry in the series due to its sloppy campaign structure. It also completely wastes Hulk Hogan and Sasha Grey as characters.

Even with all that negativity, I can’t deny the appeal of having a GTA-like game on Switch. Being able to take that to a friend’s house and co-op through the city would be a blast. It would make for some great road trips, too. Maybe if this port does well, we can get the infinitely better Saints Row 2 and 4 on the system.