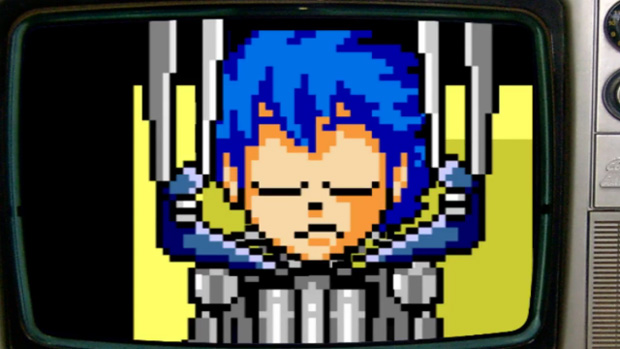 Action cartoons in the 80s and early 90s were in the business of selling lies to children, convincing them that the shows were much, much better than they actually were. Nowhere was this more obvious than in the opening segments — ThunderCats, Transformers, Teenage Mutant Ninja Turtles, and others had these incredible openings with high-quality art and animation from the top studios in Japan. Then you watched the shows themselves and were greeted by the cheapest, most error-ridden filth farmed out to third-stringers in Korea. How is that not considered bait-and-switch?

Ruby-Spears’ Mega Man was one such cartoon, featuring a high-intensity opening montage that did not reflect the quality of the actual show. Still, that opening was pretty badass. YouTuber ColoniaContraAtaca agrees, so he decided to recreate the show’s amazing intro with NES sprites and chiptune sounds. The results are pretty spectacular.

He also made a Game Boy Color-style remake of the Pokémon intro, posted after the jump. It’s not as polished as the Mega Man video, but it’s still pretty nifty.