[This is the third in a series of exclusive guest blogs from the development team at Yakuza Studio on Binary Domain. Game Director Daisuke Sato discusses the game’s unique Consequence System. Binary Domain will be out on February 28 on the PlayStation 3 and Xbox 360. Stay tuned to Destructoid for more guest blogs up to the release!]

Today we’re talking about the “Consequence System”, one of the most outstanding features in Binary Domain.

The Consequence System was developed in order to make our way into the highly competitive third person shooter genre. By using it, you can change the battle situation, using voice commands like, “Charge!” through the microphone to move ally NPCs. Or you can say, “Cover me!” to ask them for help when running into difficult situations that you cannot handle by yourself. You can also use many other squad tactics throughout the game. 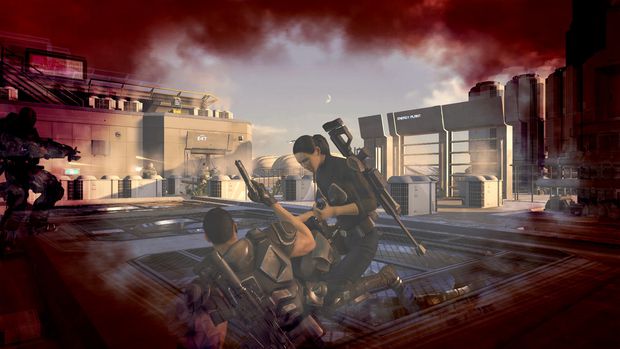 In many games, the main characters and ally NPCs just act however they want, but such NPCs just work like mob characters that are there to make scenes look more exciting. Binary Domain will allow you to actively reach out to these characters because we’re focusing on the meaning of their existence.

However, you’ll be using only one controller so it’s impossible to control the NPCs while moving your own character. This is why we came up with the Consequence System, where you can give action orders to NPCs using voice input. You can move the ally NPCs just by talking to the microphone while you have your gun pointed at other enemies. 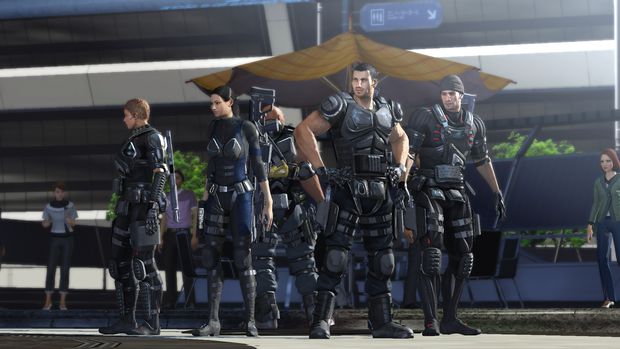 This feature changed the AI from “ally NPCs that just follow you around” to “ally NPCs that fight together with you”. Furthermore, we combined that with the “trust level” system, which allows situations such as your team members disobeying your orders. For example, if you’re a careless player that keeps shooting your comrades instead of the enemies, then your allies will naturally refuse your orders. You’ll always need to act to gain their trust and show them how much of an awesome soldier you are. This tension will make the battlefield feel more realistic.

Ally NPCs can sometimes talk to you just for a chat outside of combat. Your replies there can also change their trust level. You can give various replies like “I love you” or “You idiot” and their reactions will vary accordingly, so you can create your own drama depending on how you communicate with them. The trust level can also affect the main scenario, so there could be multiple paths for Binary Domain’s ending.

Now in order to make this system work, the game needs to recognize the player’s answers in various situations as well as the NPC’s answers to them. This meant the system needed to work on top of a huge database of voice patterns. We recorded loads and loads of dialogues, and Binary Domain required more dialogue and recordings than any of our previous games, in order to make it compatible for six languages!