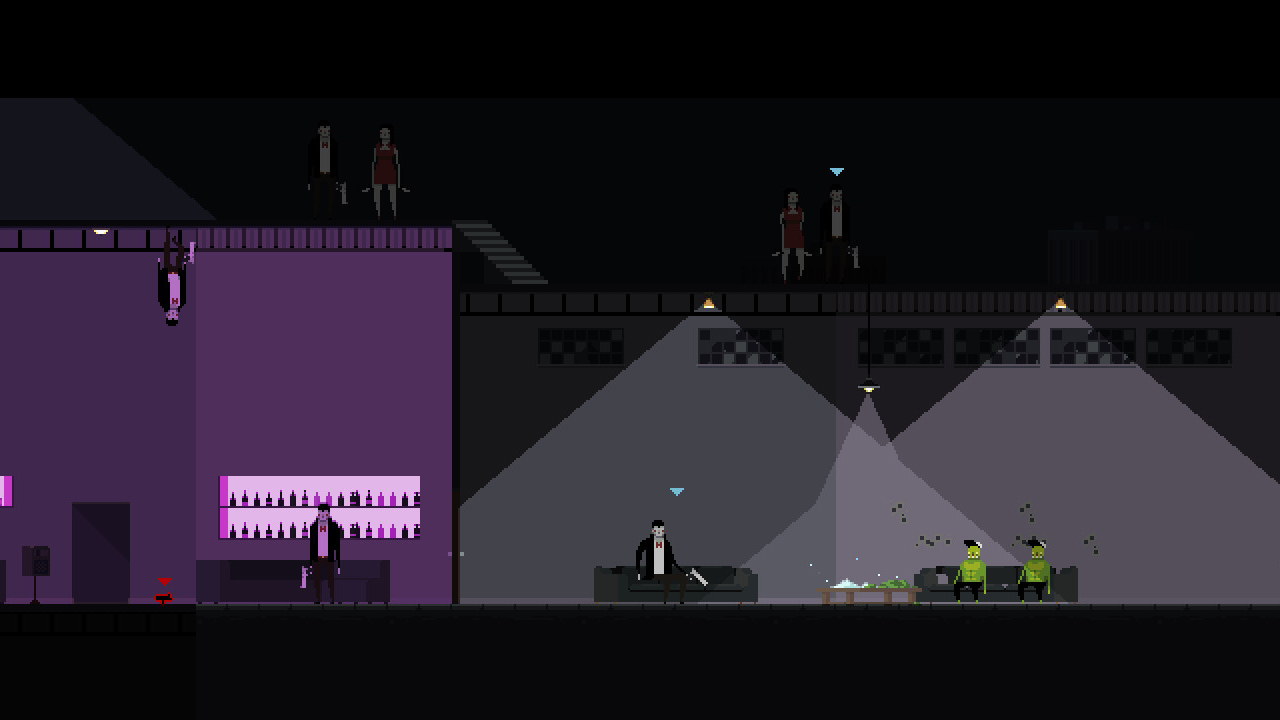 Stealthy action with the grim reaper

Two years ago, I professed my love for Risk of Rain on this site. It ended up becoming one of my favorite roguelikes, right up there with my all-time bestie, Spelunky, and just thinking about it now makes me want to go back for “a few more runs.” But doing so would mean the immediate and total end of my productivity, so instead let’s take a look at Hopoo Games’ new project, Deadbolt.

While you might have seen bits and pieces of this stealth-action title before, today marks the first trailer. It’s an “extremely challenging” game in which you play as the reaper. He’s able to drift through vents and wield a bunch of different melee and ranged weapons (not just a scythe!), but there’s one slight issue: “he dies in one shot… leaving you with no room for error.”

That’s a lot to take in. What has me most interested so far is who you’re going up against: zombies, three-headed dogs, vampires. There’s even a nightclub called Dusk to Dawn! According to the Steam page, there will be around 35 enemy types in all and 30-plus weapons to unlock.

Also, Chris Christodoulou is once again doing the soundtrack. His work on Risk of Rain was terrific.

This is only the debut trailer for Deadbolt, but the game isn’t very far off. Assuming development continues without any major hitches, it will be available on Steam in Q1 2016.