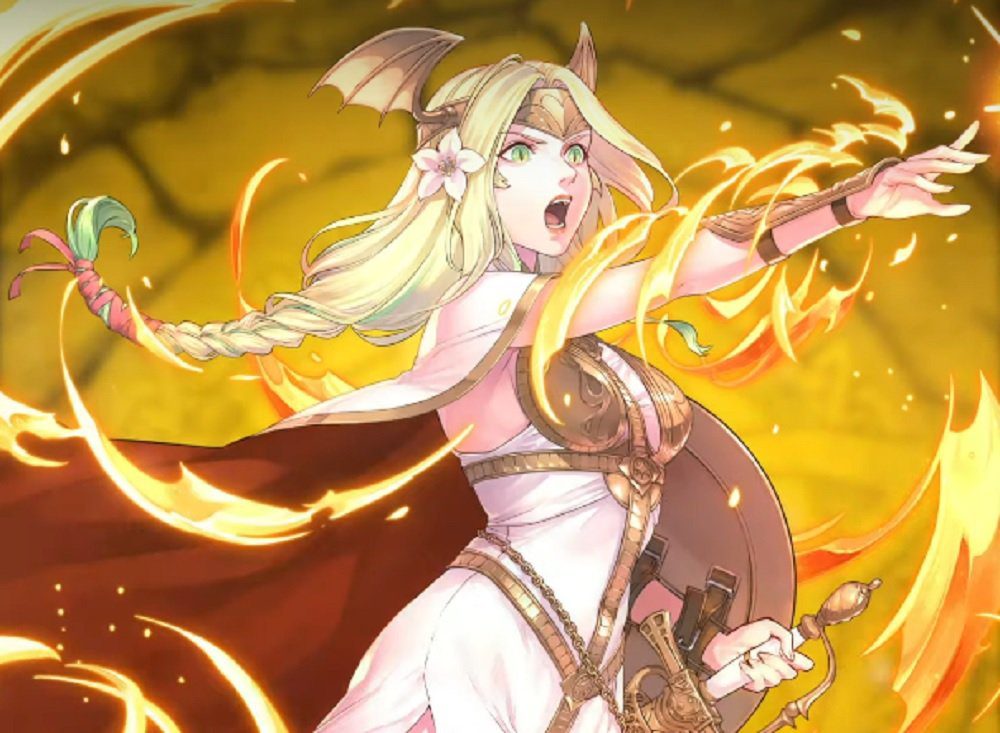 The armies of Nintendo’s Fire Emblem Heroes continue to grow with each and every passing week. This week is no exception, heralding the arrival of the mobile battler’s newest Mythic Hero: Saint Seiros.

Debuting in 2019’s Fire Emblem: Three Houses, it’s difficult to explain Seiros’ backstory without venturing heavily into spoiler territory. Needless to say, she is the deity of the Church of Seiros, and a legendary figure of mythos to be both revered and feared for her power of dominion, devastating dragon abilities, and breathtaking, glorious visage.

During the course of Seiros’ summoning event, players will have a new opportunity to bag a number of returning characters, with previous variants Alm, Catherine, Dieck, Dimitri, Eir, Flayn, Julia, Lif, Roy, Thrasir, and Yune all temporarily returning to the gacha pipe. The Seiros: Saint of Legend event goes live tonight at 23:00 PT and tomorrow at 02:00 ET / 08:00 BST.