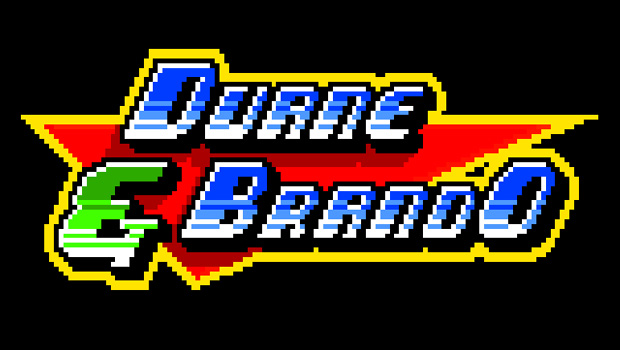 The first “game music with lyrics” group I remember falling in love with was The Adventures of Duane & BrandO, the white boy nerdcore tag team of Duane Zuwala and Brandon Lackey. Their curse-laden rhymes were loads of fun, from “Cheetahmen 2” and “Final Fantasy” to the legendary “Mega Man 2.” They pursued solo careers following a really bad breakup a couple years ago, but their fans always hoped they would one day reconcile their differences.

Duane and BrandO must have had some wild makeup sex, because they are back together and committed to returning to the studio and the tour circuit. That means it’s Kickstarter time — a new travel and recording schedule can be pricey, after all. Donations will be accepted through December 13. For the most part, the incentives are just props they’ve used in past shows, but they are also offering remastered physical copies of their LP of Devastation album.

To commemorate the reunion, Duane and BrandO have released a brand new EarthBound-themed music video, “Happy Happy Village,” which I’ve added after the break. The sound is a lot different from their usual high-intensity rap style, but it works considering the source inspiration.

I like these cats. I really do. I know their music isn’t everyone’s cup of morning roast, but I just get so amped when they pop up in my playlist. I want to see them succeed. Let’s make it happen!

(Thanks for keeping me in the loop, License to Bill!)