Do you know who Eric Chahi is? If not, then it’s time to bone up on your gaming history. Chahi was the lead developer on Out of this World (known as Another World in Europe and Japan), one of the most under-appreciated, influential games of the 16-bit era. Suda51 (No More Heroes), Hideo Kojima (Metal Gear), and Fumito Ueda (Shadow of the Colossus) have all declared publicly that Out of this World is one of the greatest games ever made, and that without it, they wouldn’t have created the games that went on to make them famous.

Yes, Eric Chahi and his games are a big deal, and after more than ten years out of the gaming scene, he’s back with an all-new title. It’s called From Dust, and it’s a striking departure from his previous work. Chahi was on hand to show his new game off to the press, and I had the chance to check it out with him. My first thought upon seeing the game was that From Dust looks like it could be Chahi’s Pikmin: an otherworldly contemplation of nature by a elder statesman of gaming. His response? “Pikmin? I love that game.”

We were already off to a good start. Read on to find out how things went from there. 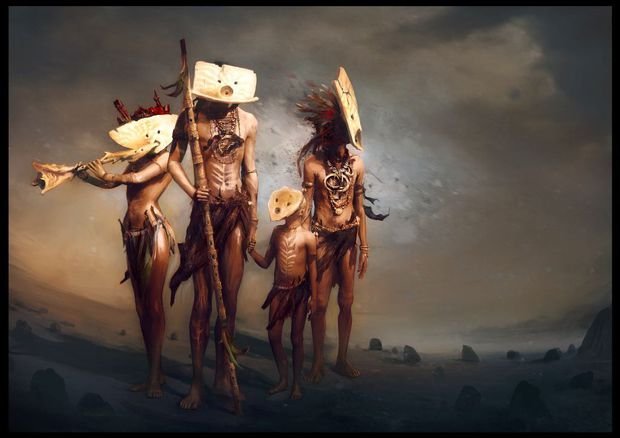 When I asked him why he went from creating 2D platformers to creating… whatever From Dust is, Chahi said, “I like to play with sandcastles. It’s a simple thing, a childlike thing, but there is also something profound in the — the meeting of man with nature; man’s ability to create, working with, or against, nature’s tendency to independently recreate itself. In that space between man and nature, that’s where the unexplained and the magical hides.”

With that, we had our definition for From Dust: it’s a high-concept sandcastle simulator. The game combines an extremely realistic physics engine with an earthy, mystical narrative, one that is told to the player and by the player in equal measure. The game takes place at an undisclosed time in Earth’s (or maybe-not-Earth’s) history, and focuses on the survival of a small group of masked villagers. It may sound pretty standard, but that’s just the foundation. Just as Out of this World sucked players in with very realistic character animation, then slowly eased in increasingly otherworldly events, From Dust starts off by giving the player a real world to play with, and slowly sucks them into something much more fantastic.

By moving the cursor with the analog stick and holding the left trigger, you can grab sand, forest, lava, water, or any other naturally occurring element you can find on the planet’s surface. From there, you can add or subtract things from the environment as you see fit. Just as in nature, you may not always see the full effect of your actions right away. The butterfly effect plays a big role in how the game works. Add a little bit of water to a pond, and it may erode surrounding levees, with could lead to the formation of a waterfall, which in turn could drain that pool, leaving more room for a local volcano to expand, which could then lead to a forest fire, and so forth. As some sort of godlike spirit, you wield enormous power, but it will take time and practice to use that power to its fullest potential. There is some skill building and technique to it, but it’s more about coming to understand how to best form a relationship with the world around you, not unlike how a painter must learn to form a relationship between the paint, the brush, and the canvas.

That kind of gentle, artistic (some would say “French”) atmosphere presides over everything. You are never forced to do, or think about, anything that you don’t want to, though there may be indirect consequences to that. You may be goofing off with the Earth for a while before you even notice the villagers that work as the “main characters” of the game. These sexier, browner, more realistic Shy Guy look-a-likes are your people, and you must protect them. Later in the game, there will be threats from animals, and maybe other “advanced” beings, but at the start of the game, your main concern is natural disasters. 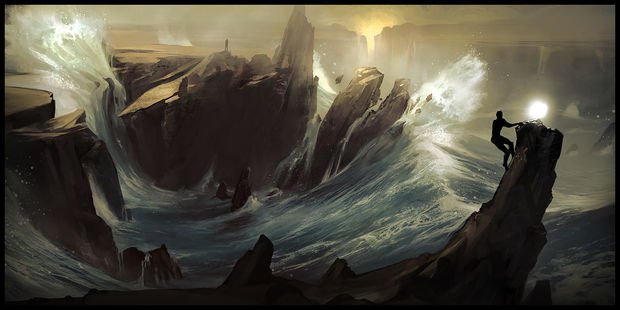 In the portion of the game that I saw, there was a tsunami on its way. Initially, the villagers appeared defenseless to protect themselves against it. All the obvious strategies to stop it won’t work. You can build up a wall of sand and forest, but the tsunami’s hundred-foot-tall, thousand-foot-wide wall of water will just barrel right over it. You can sit and watch as they’re slaughtered by the incoming natural disaster, or you can take a leap of faith and make an attempt to do something about it.

What does that mean? According to Chahi, the way to survive crisis (and in doing so, advance your villagers’ civilization) is to “seek knowledge from the world around you” and to “take something back from the Earth and integrate it into the culture of the people.” What that means in concrete terms is that you must explore the world by drawing a path for one of your villagers to walk down. Though your villagers are smart and sturdy, capable of swimming short distances, traversing dense forests, and pushing aside some rocks, you may still need to help clear the path for them by moving some water, sand, and volcano around. But what are they looking for? Well, a lot of things, but for the tsunami problem, they need to find and collect a glowing blue rock, then return home to the village. From there, they will begin… jamming. They sing, they beat the drums, the whole deal. That’s not what I expected, but in the context of the game, it inexplicably made sense. 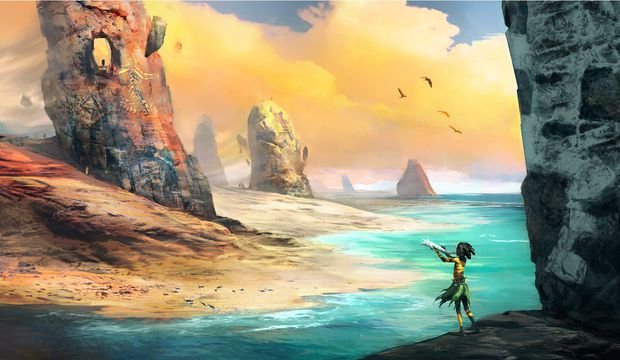 I sat in awe as the huge tsunami approached their meager little jam session. I felt a real tingle of fear on the back of my scalp as the ocean rose into the sky, lurching over the seemingly defenseless natives below. The game had done such a good job of making the world feel real up until that point that I was totally absorbed in this seemingly impossible turn of events. I was equally moved when the gigantic wave parted itself around the village, sparing its residents’ lives, while drowning the surrounding area in a wash of ocean water. Magic and music had apparently saved the day, but again, there was more to it than that.

The villagers’ song had fundamentally altered the physics of the ocean water. It was now thick and malleable, almost like jelly. The effect was temporary, but it lasted long enough for the player to empty out a section of the now semi-solid sea, and allow a villager to walk along the ocean floor. Again, this only felt striking because up until now, the world had felt so real. Inserting this sort of magical thinking into the game’s reality felt special only because everything else until that moment was so believably normal. Chahi promised that this pattern of building a suspension of disbelief, and cashing in on it with amazing events, would only push towards greater heights as the game continued. 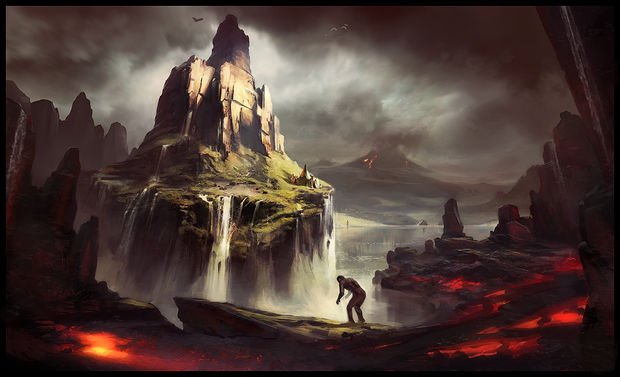 So why is Chahi back into game development after all this time? Why is he pouring all of this time and effort into creating this strange little game? It’s all in an effort to cause the player to contemplate man’s relationship with nature. That tsunami I told you about? Chahi stressed repeatedly that it’s “not the enemy,” and he went as far as to demonstrate that if you accidentally cause a forest fire that’s too large to put out on your own, that the tsunami is the only way to douse the flames before they engulf your entire village. The tsunami can kill you, or it can save you. It all depends on how you interact with it.

Then who is the real enemy of this game? Who is the player in relationship to the villagers, and the world around them? I’m asking you, because these are the questions Chahi asked me, and I couldn’t answer them. He seemed pleased with my confusion, with a mischievous, childlike grin plastered on his face. I know I’ll be looking further for the answers when game launches on XBLA, PSN, and PC next year.