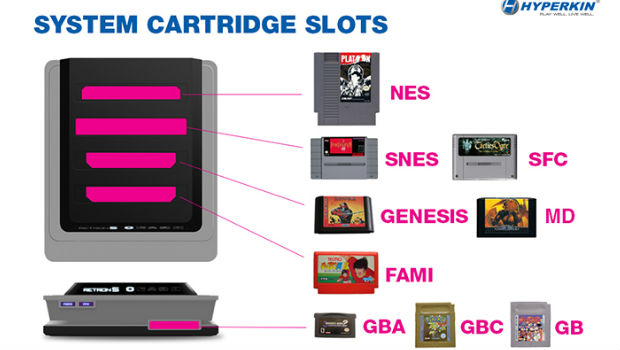 As a dude who started his gaming career in the late 80s, I’m a huge fan of going back to my roots on a constant basis. I have tons of retro consoles stashed away, ready to be used at a moment’s notice. But juggling tons of devices isn’t always the most convenient option, which is why “all-in-one” retro consoles can come in handy.

The newest kid on the block is the Retron5 — an emulation device that boasts the ability to play NES, Famicom, SNES, Genesis, Mega Drive, Game Boy, Game Boy Color, and Game Boy Advance games. It’ll support upscaling via HDMI, and modern conveniences like save states. Although the Retron5 was originally slated for a release in late 2013, it’s been delayed due to the discovery of “faulty pins” in some packages.

Manufacturer Hyperkin has apologized for the delay, and will have more news on the exact date soon — but for now, they’re aiming for a first quarter 2014 release.