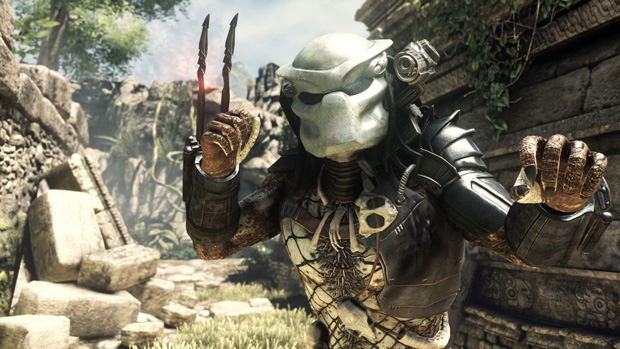 Release dates for Devastation on PS3, PS4, and PC

I’ll hand it to Infinity Ward for spicing things up by included the Predator in Call of Duty: Ghosts with its Devastation DLC pack. More moves like that and the studio might just win over some of the fans who have moved on to prefer Treyarch’s work on the series.

Now, you’ve already heard Chris’ take on Devastation — it’s a good pick-up for existing fans — but when will it be out for non-Xbox gamers? Their time will come next month when the exclusivity period ends. This latest bit of DLC will be available for download ($14.99 standalone, or included as part of the Season Pass) starting May 8, 2014 for PC, PlayStation 3, and PS4 players.

I sometimes wonder if I’m numb to the weird, silly, awesome shit videogames are willing to embrace, having been so close to them for so long. Not yet. Not when the literal Predator winds up in Call of Duty. Not when Nintendo localizes Tomodachi Life for audiences outside of Japan.