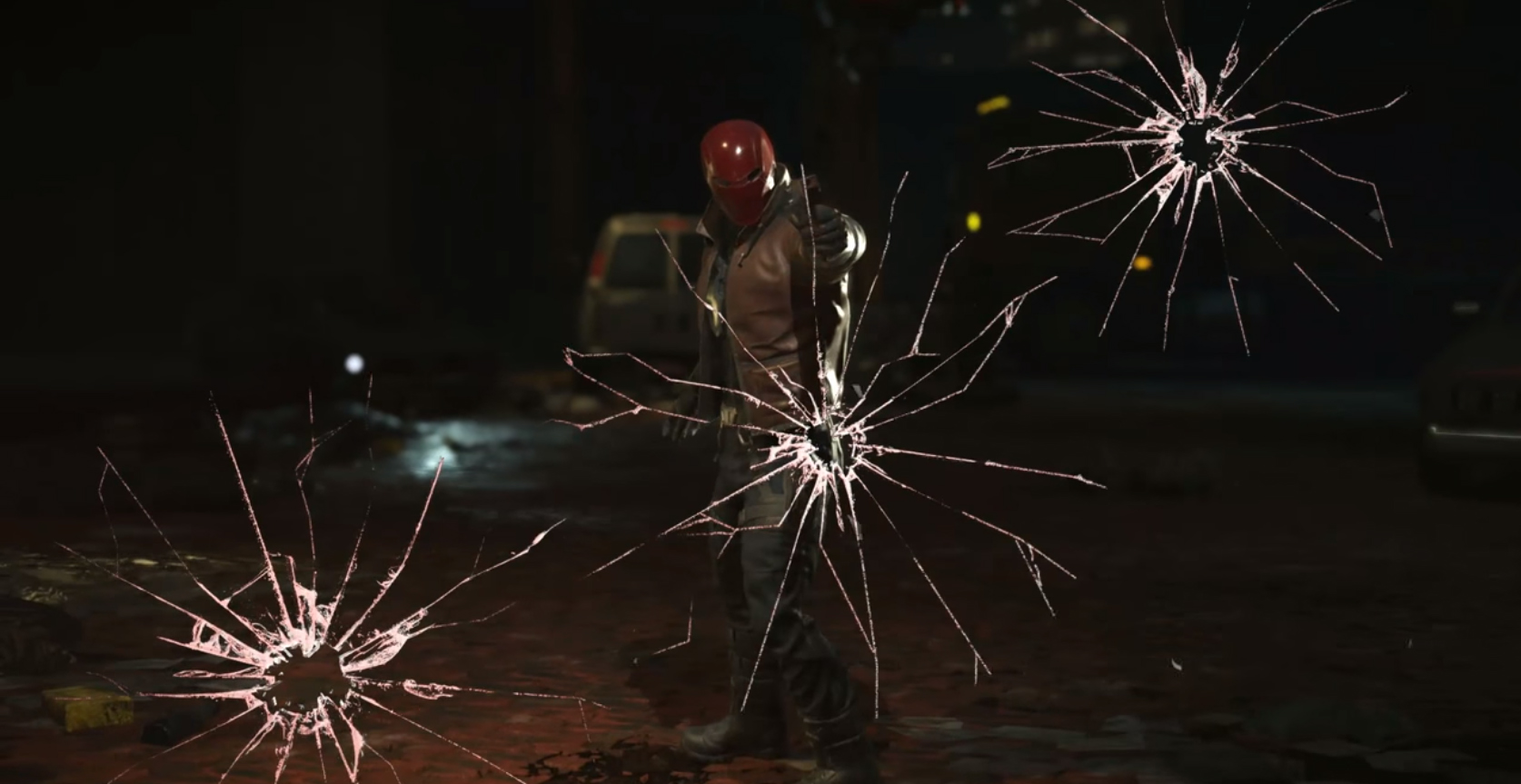 When you’re working with a major franchise like Batman, I’m sure the creative process is difficult. Full of twists and turns, strong artistic visions running up against the friction of marketing committees, a constant struggle of give and take, back and forth. Even so, I can’t help but think the pitch and development process for the Red Hood (AKA, Jason Todd, AKA, dead Robin) went something like this –

“So what if Batman shot people and had a cool jacket?”

But you know what, turns out a shooty Batman is a cool jacket is pretty alright. The design certainly works in the world of Injustice. As you can see in the reveal trailer, Red Hood’s style of shooting first, asking questions, and shooting again is right at home on the mean streets of a post-regime Gotham.

The Red Hood comes equipped to fight anywhere on the screen with a mix of zoning and rush-down options. The short clips shows him switching between pistols, knives, bombs, and weird shock-glove things on the fly. Functionally, he seems like kind of a mishmash of Batgirl and Nightwing from the original Injustice meets Erron Black of Mortal Kombat X. I can dig it.

The Red Hood will be part of the yet to be dated Fighter Pack 1 DLC, alongside Starfire and Sub-Zero. Not that I’m in a hurry for DLC already, as Nick Valdez and I discussed last week, Injustice 2 has plenty of meat on its bones as it is.