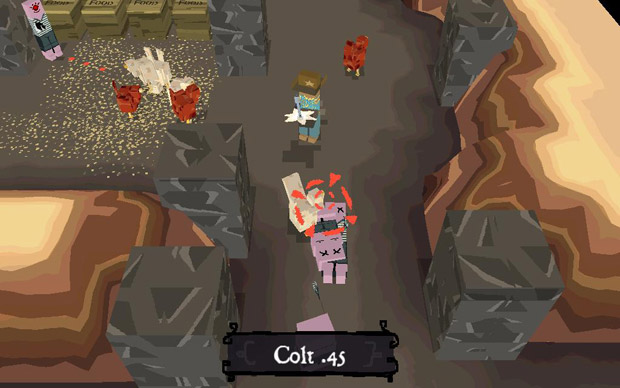 In top-down action-RPG The Real Texas, you play a rancher who has, for better or worse, entered a portal to a purgatory dimension of Texas as represented by a town called Strange. At least, that’s what I think is going on here. This game is out of control and I love it.

You ought to watch the trailer to gain a vague understanding of what it’s about. According to indie developer Kitty Lambda, The Real Texas contains “lots of secret items and areas, NPC day/night cycles, bosses, puzzles, dungeons, zombies and cross-dressing.”

Sold? This is coming out soonish for Windows, Mac, and Linux.