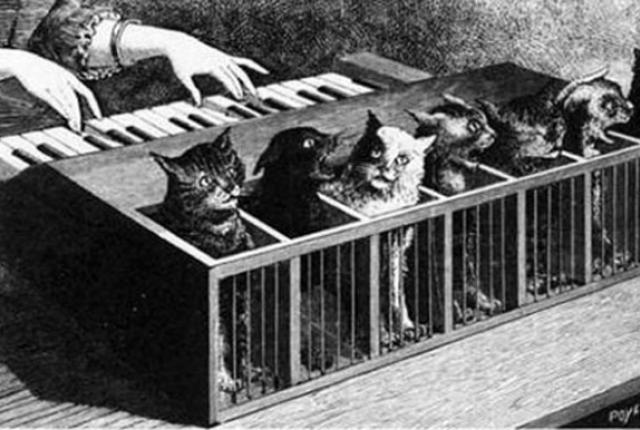 [Dtoid community blogger Alphadeus creates the most lovely music. He is a prime example of a truly talented community member sharing his gift with us. It’s an honor and pleasure to share this on the front page with all of you. Want to see your own stuff appear on the front page? Go write something! –Occams Electric Toothbrush]

If you do not know who I am, I write music for fun, and I had put together 2 volumes of music for Destructoid regulars. I asked over sixty individuals including staff what kind of music they liked, what I should use for inspiration, and many other questions. I then used their suggestions and tastes, to create songs for them.

Hi. Many of you know me as Alphadeus, but I also go by that guy that said he would stop blogging, and is also crazy.

Things are different now. I’m finally on a combination of meds that work well enough for me to get back into writing public things. So I figured I’d let the people who care about me (and those that don’t :p) know that I’m doing alright. In fact, this is probably the best I’ve ever felt.

While I would like to blog more often, I’ve been keeping myself shut off from most of the topics and controversies flying around. Life is just simpler that way. There’s absolutely no reason for someone like me to get involved in any of that nonsense. I’m going to write about what I know and what I do.

What I know is Final Fantasy XIV is a fun game. What I do is write music (as mentioned!). Many of you probably knew that. I guess that makes this a semi-promotional blog, but if you know me (I keep putting this because I think I’m writing to a different crowd =p), you know I am not looking to make money off my music. I just want to share it.

I have not written much music this year. I took what I wrote from the various failed projects of last year, and put them into an album called Nonsensicals IV. It is free to download, as should all my music be. Do not feel obligated to pay for anything because it’s “Pay what you want”. I encourage downloading for free. I use pay what you want in case someone wants to throw money my way and also it helps Bandcamp because they’re essentially hosting my music for free. These are some decent tracks.

A problem I have is that I come up with so many ideas but I used to have little motivation to follow through with them. With the meds, it’s easier to work on music, but still hard to pick an idea and stick with it. So in the meantime, I’ve been writing “jams” and remixes of older songs, for an album I’m most likely going to call “2AD14”. I’ve written 11 songs since September.  Six were written in November (1 per day). I’d like to share them with you via YouTube links.

Minus One (2014) – Just a quick jam I threw together today to keep my streak going. Does not mean I phoned it in. I just like to write music.

Sleepyman ~Holmes on Coffee~ (2014) – This is Jonathan Holmes’ song from the Dtoid Album Volume 2, redone as a “8-bit mega man style song”.

Against the Wind ~Time Out~ (2014) – Against the Wind is one of my favorite songs from the AD Infinitum/Walking in Circles albums. I did some experimentation with this one including an unstable melody lead instrument and a section that alternates between the main song and bridge every 4 beats for a little bit.

The Rage Constant ~JohnnyViral~ (2014) – This is an updated version of JohnnyViral’s song from the Dtoid Community Album. Made it sound more like a boss battle.

On The Day He Died (2014) – Another jam song. Testing out some new instruments.

The Wrong Side of the Tracks (2014) – Jam track. Going for movie soundtrack stuff.

Smooth Move (2014) – Unless YouTube puts ads on my stuff without me knowing, you shouldn’t see ads. The reason I’m bringing it up on this song, is because it was flagged for copyright because of a drum loop I used (part of a set of loops I paid for a long time ago). If you see an ad, that’s why. I don’t monetize my videos. It’s a neat jam track.

Sleep, Perchance to Dreamless (2014) – This is an older track. A remix of the first song on the first Nonsensicals album, called “Dreamless”. I was going to remix 13 tracks spanning the 4 Nonsensicals, and call it REMIXicals, but I decided to put it with 2AD14.

Enigmatic by Design (2014) – Saving the best (and oldest) for last. This was going to begin an album called “FRACTURED”. I wrote it during one of my darker depressions. I do not think I can put together an album with a concept.

So I’ve been keeping myself busy, obviously. If you want, maybe you can suggest music to write. Perhaps there’s a remix you want to hear of one of my songs? I’d consider video game music remixes, too, but I prefer to focus on original music.

I hope you hear something you like. Thanks for listening.