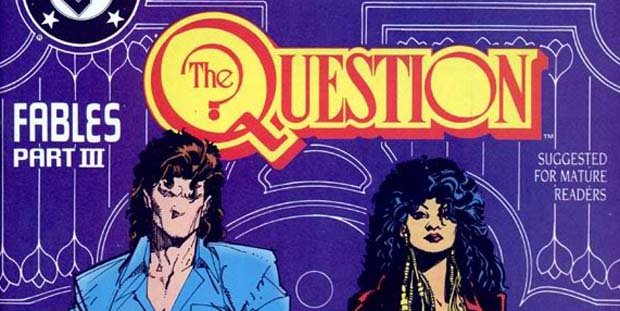 Lets talk about RPGs! Wait, what does that even mean?

[Every Friday (or whenever), Destructoid will pose topical a question to the community. Answer it if you want!]

Semantics! As someone that writes and speaks for an audience of thousands on a regular basis, I spend more time thinking about semantics than your average bear. In my time here at Destructoid, I’ve learned time and time again that the difference between being understood and leaving your readers feeling mislead or confused can lie in the tiniest of details. This issue comes up a lot in the discussion of videogames. With a medium that is constantly growing and changing, it can be hard for conventional language to keep up.

For example, when the term “Role Playing Game” was first introduced to the world of videogames, it was meant to define a genre that serves to simulate the experience of playing Dungeons and Dragons. Turn based combat, character creation, experience point collection, and dungeon crawling were all prerequisites. Back then, it didn’t matter if you were talking about something like A Bard’s Tale, Final Fantasy, Ultima, or Dragon Warrior/Quest, when you heard that a game was an RPG, you knew almost exactly what to expect.

Whew! What a mouthful! Can’t we find a more succinct way to categories the games we play?

Seeing as “RPG” can be tacked on to so many types of games, maybe it make more sense to only use the term as an adjective and not as a genre. Stating that a game has “RPG elements” clearly expresses that it has some form of stat-building system, without making promises about what the player is going to do or how they are going to feel while playing. Still, wouldn’t it be less misleading to just say a game has “SBE” (stat-building elements) than to shackle it to a term that carries so many other potential associations? In a world where everything from  Dead Rising to Call of Duty to Farmville involves stat building in one form or another, the term “RPG” feels like it could do more harm than good. It’s a relic of a bygone era, one that simultaneously means too much and too little, depending on who you ask.

So that’s my perspective. What’s yours? Do you think the term “RPG” still has worth, or are there ways to express the same idea that have less potential for misunderstanding?