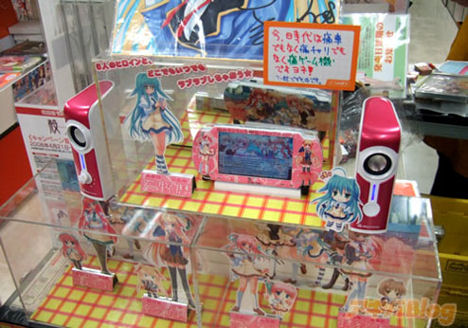 MY EYES! This Hellish PSP was created by a madman in Akihabara to promote the PC ero-game Dokodemo suki shite itsudemo suki shite, notable because it has the word “shite” in it twice. Why a PSP is being used to promote a PC game, I do not know, but MY EYES!

If you’ve ever wanted to start your morning with an optic assault of pink and underage girl doodles, then Destructoid has you covered. At least until the lads from Japanator wake up.