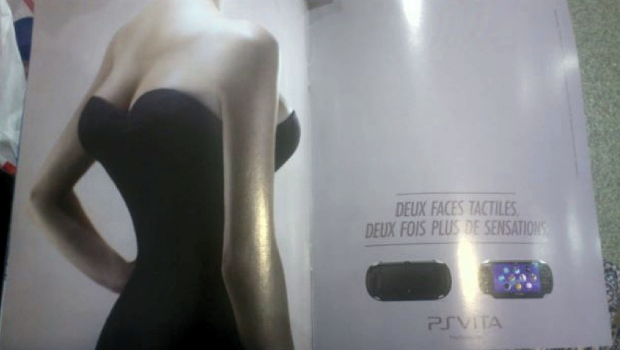 That’s what a French advert claims

According to a promotional ad in France, the PlayStation Vita is comparable to a woman with no head and four breasts, two of which jut agonizingly from her back like a pair of malevolent tumors.

What are we to glean from this? That the PS Vita is the misshapen mutant of the game industry? Shunned from society, feared by its family? Are we to pity this poor cursed wretch, raised as it was in shame, and living as it does with intense amounts of spinal pain? Does this chimera possess two arses … and vaginas behind the knees?

No, it’s supposed to be saying that, thanks to the Vita’s front touchscreen and rear touchpad, there’s fun stuff to poke on both sides. Not quite as exciting as my interpretation.

Handheld advertisement by way of rejected Silent Hill monsters. I suppose Sony’s keen to try anything at this point.

In France, the PS Vita Is Being Promoted with Four Breasts [Kotaku]