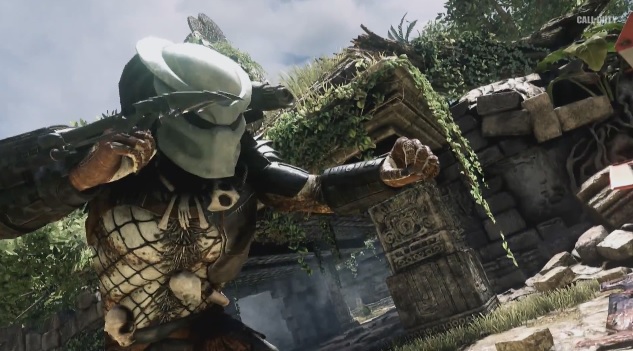 The new trailer for Call of Duty Ghost‘s second DLC pack, Devastation, is pretty standard stuff for the first few minutes. You know — the typical overview of maps, lots of gunfire, and an Eminem track laid over it. Then you get to the 2:20 mark and things start get weird.

As teased last week, The Predator is revealed as an element in the Ruins map. This isn’t a knock-off or anything — it’s the actual Predator from the films. While the base game may have not been all that interesting, so far I’m really enjoying Infinity Ward’s weird take on DLC, following the playable Halloween villain Michael Meyers.