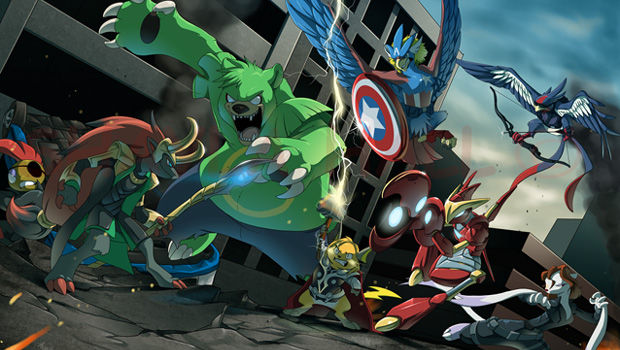 At last weekend’s Anime Weekend Atlanta convention, artist AstroZerk ran a merch booth where a particularly badass number became the star of his gallery. That would be the above piece, which redesigns various Pokémon as characters from the The Avengers.

From left to right, we’ve got Scrafty as Nick Fury, Zoroark as Loki, Ursaring as the Hulk, Raichu as Thor, Braviary as Captain America, Scizor as Iron Man, Swellow as Hawkeye, and Mienshao as Black Widow. On an interesting note, only a single Generation I Pokémon was represented. Quite refreshing!

So yeah, this is pretty much the greatest thing you’ll see all day. You really ought to scope out the full-size image at AstroZerk’s dA page below.