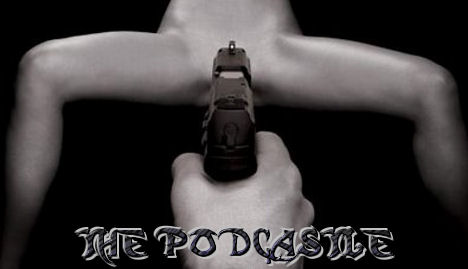 Yes folks, the time has come for what promises to be the most controversial episode yet, but what will actually turn out to be a mild disappointment. Also, Wardrox doesn’t want me to swear as much anymore, but f**k that c**t. Yes, I realize that my edgy attempt at looking rebellious falls flat on its face when I have to censor the words f**k and c**t, but unfortunately that’s the kind of s**t I have to f**king put up with like a b***h.

I can say “dwarf’s foreskin,” though. Nobody’s taking that away from me.

Anyway, what was I talking about? Ah yes, Podcastle 15 is going to be recorded tomorrow for a Wednesday posting, and myself, Wardrox and Atheistium need help in crafting our episode all about controversy. This ep was inspired by listener Sun Tzu ostensibly saying Grand Theft Auto IV was the worst game ever made. Hate him for it.

What games do people love that you hate? What opinions or questions would you like to share to go against the grain? The gaming community loves to get their knobs in a froth over some ridiculous “controversy” or other — this is the podcast that hopes to give you drooling dingoes the meat you crave.