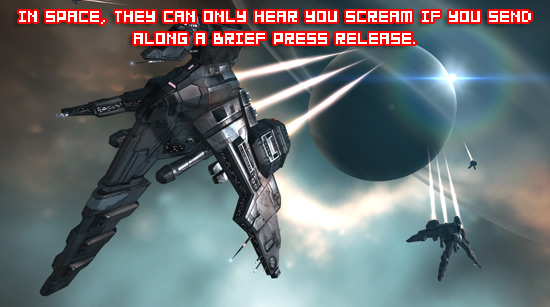 A press release hit my inbox earlier today in which EVE Online devs CCP Games announced the release of their latest patch for the human-condition-masked-as-a-space-opera title. As we had previously mentioned, this is the release in which EVE gets the graphical facelift after four years of looking like a Heinlein day dream. The release also sees the addition of new ships, new skills, and a larger version number on the title’s ‘Patch Notes’ page.

If you’re interested in the press release itself, hit the jump. Keep in mind that the Icelandic language doesn’t translate well via Thunderbird however, so those aberrant characters are not performance art.