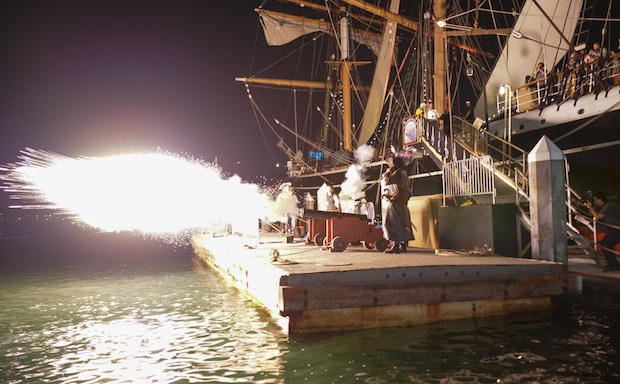 Last night, the Jackdaw from Assassin’s Creed IV (or something like it) was docked behind the convention center after San Diego Comic-Con closed. It was lit up, filled with drinks and music, and then boarded by partygoers from all over. Cannons were fired, drinks were had. It was the party to get into, and Ubisoft was definitely the talk of the town last night.

Me? I was there for work. I had a chance to meet with some of the creators of the game as well as get my hands on some of ACIV‘s multiplayer. More on that later after I shake off the effects of all that grog.

But the party was a blast. You can see a bit of what the shindig was like in our video and gallery.