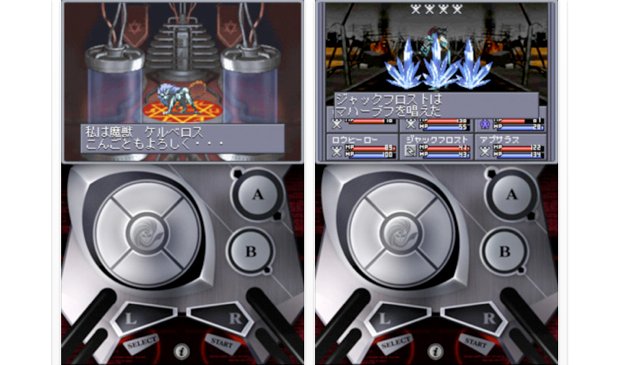 Atlus’ 1992 Japan-only release Shin Megami Tensei kicked off all the demon collecting and fusing. This is the great-great-grandpa RPG of some of my favorite Atlus games, including Nocturne (my #1), the Persona games and the Devil Survivor series. But North America has never seen a release of the original. Until now, that is.

Index Corp, Atlus’ parent company, has released Shin Megami Tensei on the App Store. $13.99 gets you a port of the Game Boy Advance version of the game, with a virtual d-pad and buttons added to the lower half of the screen.

But, before you get too excited, know this is still in Japanese. Any SMT fan will agree that following along in your native language is hard enough.

Maybe another Index release, Snowboard Kids, will take the sting off. It’s only $2.99.