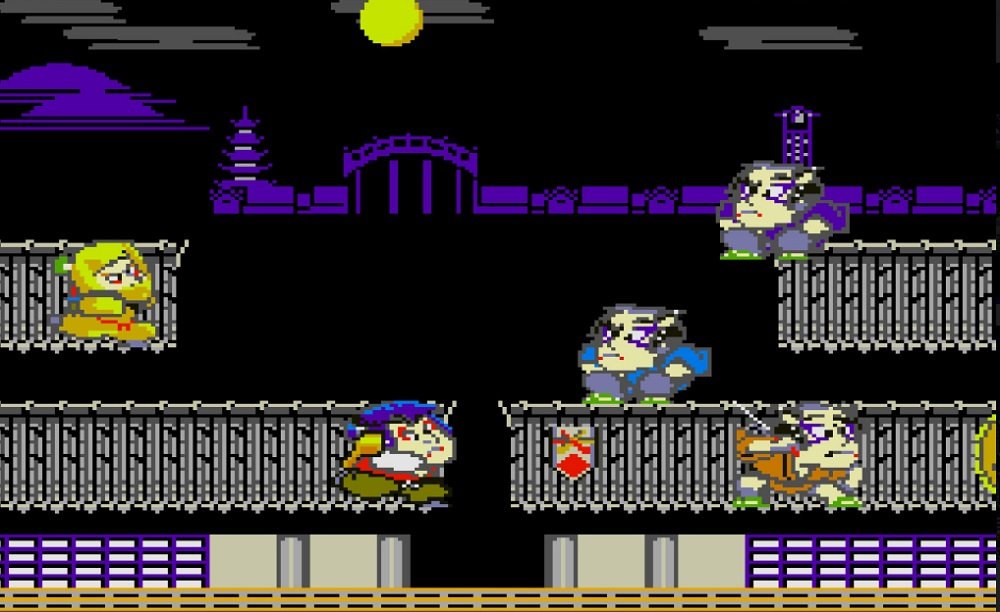 Not quite Kid Ying just yet

Fans of the Ganbare Goemon/Legend of the Mystical Ninja series might be pleased to hear that the very first title in the series, Mr. Goemon, is now available on Nintendo Switch courtesy of Hamster’s Arcade Archive.

Originally developed by Konami way back in 1986, Mr. Goemon is an action platformer loosely inspired by Japanese folklore hero Ishikawa Goemon, a legendary thief with honourable intentions. In Mr. Goemon, players guide the character across the rooftops and forests of feudal Japan. Goemon gathers bells, fruits and cat statues as he fends off his enemies with his trusty pipe, fans, and other weapons that can be gathered en route.

Mr. Goemon is actually a surprisingly stylish game for its age, presenting itself in the style of Kabuki theater, with a stage curtain drawing on each level, accompanied by traditional Kabuki percussion. This is followed by challenging gameplay featuring nicely stylised sprites. While Mr. Goemon is understandably simplistic, it’s easily one of the more curious titles Hamster has released to date.

Mr. Goemon is available to download on Nintendo Switch now, priced at around $8. It has previously been made available on PS4.