I really love musical theater. I was raised on original Broadway cast recordings of various shows like Les Miserables, Little Shop of Horrors, and Wicked, and my friends and I even had a Phantom of the Opera fan club when I was in third grade. So as you can imagine, I was pretty jazzed when I discovered there was a musical adaptation of the 1971 educational game The Oregon Trail.

The show is aptly named The Trail to Oregon!, and it was first performed back in 2014 by Starkid Productions. If you haven’t heard of them, boy are you missing out. Basically they started as a student-run theater company at the University of Michigan in the early 2000s. Their shows are usually parodies of well-known IPs like Star Wars, Batman, and Aladdin to name a few, with their most successful shows poking fun at the Harry Potter universe. I really recommend checking out their stuff if you like musical theater and also want to laugh your ass off.

Other than The Trail to Oregon! being inspired by the classic video game, they take it a step further by letting the audience choose the members in their wagon party as well as which member of the party dies at the end. This isn’t a ton of interaction by video game standards, but remember that these are real people who have to remember a new set of random names that are thrown out by the audience during each performance. On top of that, if they gave the audience any more say on the show’s plot points, they would have to prepare whole scenes or songs that the audience would never see.

Ironically, that exact same problem crops up in the development of choice-based video games, mostly because it’s really expensive and time-consuming to work on parts of a game that will be seen by only a few players. That balance of preparing enough variety so that the players feel like their choices matter while also not biting off more than you can chew is a difficult one to strike.

Similarly, there is a musical video game in production called Chorus, which features top-notch voice actors like Laura Bailey and Troy Baker. The idea is that it’s a choice-based narrative game, but when you select dialogue choices, you’re actually choosing the lyrics to songs, as well as the direction the story takes. Chorus is an interesting case because it pretty much does what Trail to Oregon can’t — give the player an insane amount of choices, because each one is meticulously planned and created ahead of time.

Of course, with a game you can swap out lines of dialogue, character models, environments, and anything else you need at a moment’s notice, which is how it can accommodate a much larger number of permutations than live actors can. Who knows, this might all be conjecture and Chorus might be a disappointment upon its eventual release, but for now it’s a game I’m really rooting for and can hardly wait to play.

Right from the top of the show, Trail to Oregon is entirely unafraid to acknowledge its physical limitations, from the set to the fact that they’re just putting on a show for the audience’s entertainment. This concept is called breaking the fourth wall, and while most of us know about this technique because of the movies that use it to great effect, like Deadpool or Ferris Bueller’s Day Off, the term originated in theater. That’s because you have the three walls of the set, and then there’s this imaginary wall between the audience and the performers onstage. 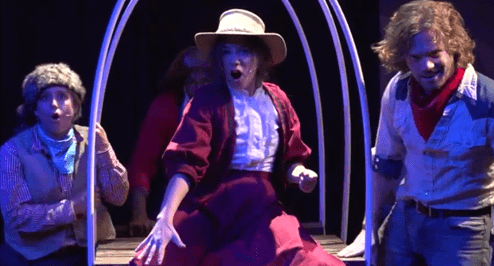 Breaking the fourth wall has been around pretty much since the origins of theater, when performers would speak directly to the audience. Think of Shakespeare’s famous soliloquies, like the “To be, or not to be” speech from Hamlet — he’s speaking directly to us, which is part of what makes it so powerful.

Games do this constantly, because NPCs are always talking to you, the player character. There’s even an extra level of immersion there because instead of being spoken to as yourself, you’re being spoken to as another character in the world of the game. In participating in a video game’s story, you’re participating in a way that’s more similar to an actor than that of an audience member, which I think is a pretty cool thing to do from the comfort of my own couch.

This is especially true of choice-based narratives and role-playing games. My favorite examples are the Telltale Games (RIP), because they actively acknowledge your participation in really fun ways, like the iconic “X will remember that” message that appears in the corner of the screen. I’ve written these kinds of games before, and I personally think it’s one of the most challenging forms of character-based writing there is. 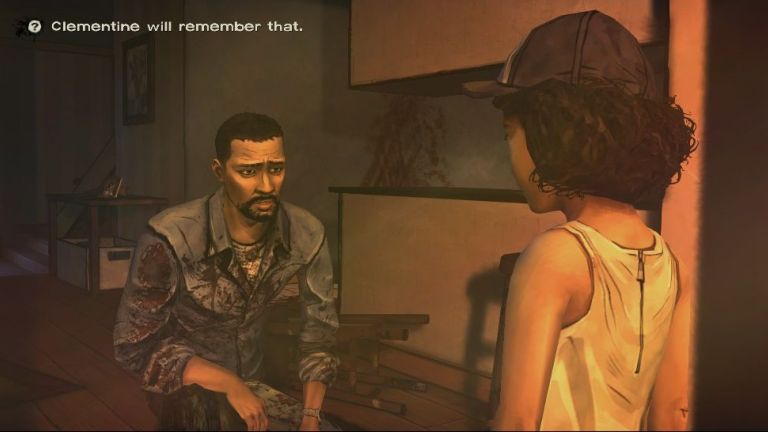 You have to maintain the base of who the character is while still allowing the player to react how they want in any given situation. The structure actually feels closer to improvisational theater in that way, so the whole illusion is about making the player feel like their choices matter while also keeping the characterization consistent.

I find it ironic that people most often compare games to movies, because I really think they bear a closer resemblance to theater than anything else. Especially with AAA games today, everyone is always talking about how “cinematic” they are, but ultimately films are an entirely separate entity from the viewers — you can’t influence the final product in any way. Games and theater both have this explicit knowledge of an outside force, whether it be more passive, like sitting in an audience, or active, like directly choosing the direction the story will take. 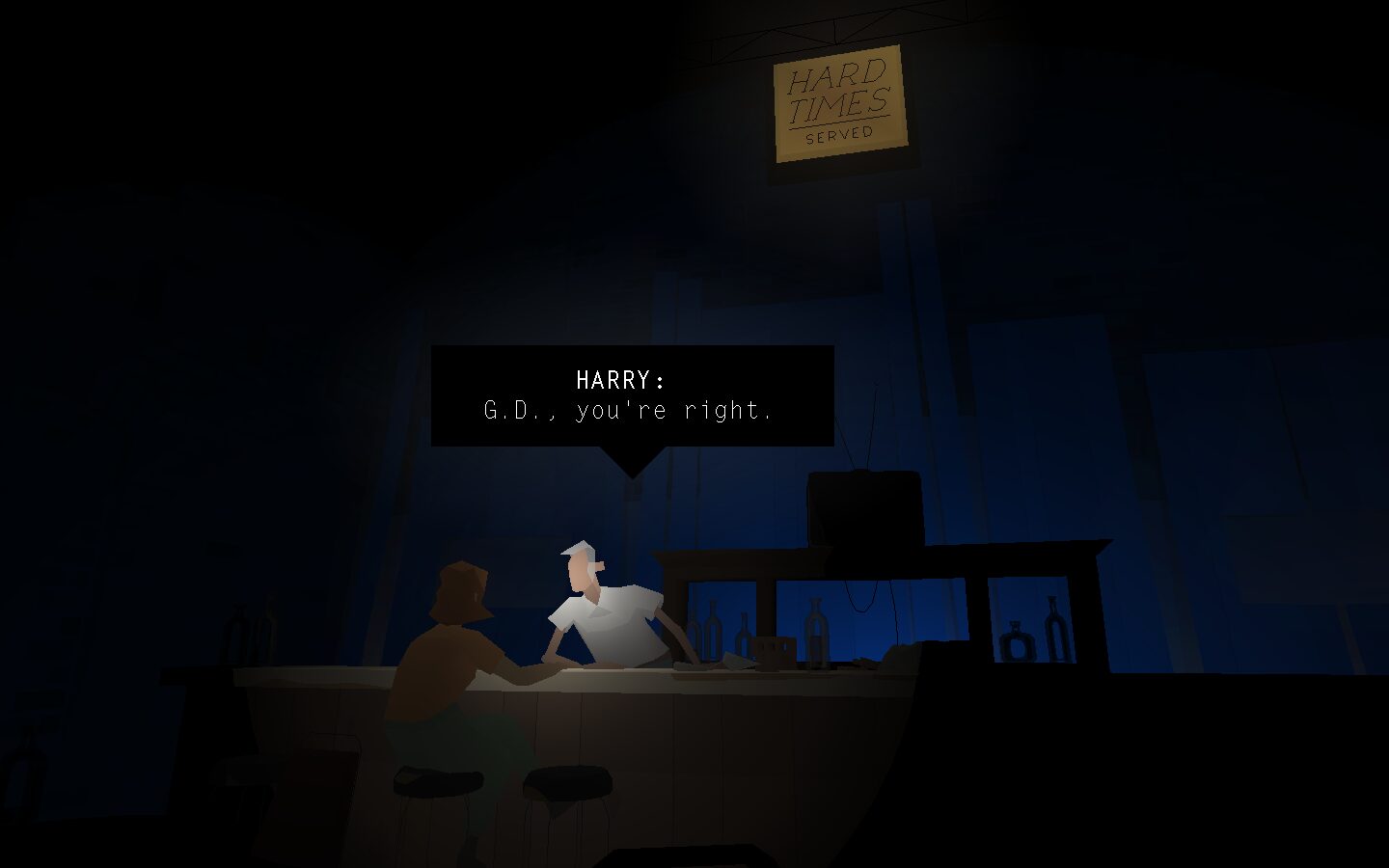 There are tons of other amazing games that draw on the crossover between theater and games, specifically Dominique Pamplemousse, Kentucky Route Zero, and Elsinore, just to name a few. If this is something that interests you, I seriously recommend you do some research because I didn’t even scratch the surface with this one.

This is a corner of the games industry, and the theater industry as well, that is relatively new and unexplored. As someone who loves storytelling, nothing gets me pumped up more than seeing creative people push the boundaries of how we can tell stories, so I’m excited to see where else we can go from here.