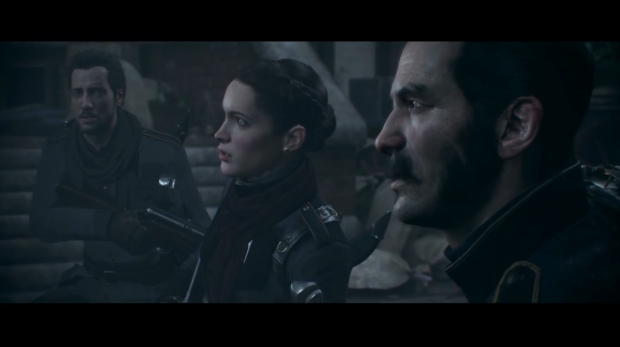 And other things too

The new Gamescom trailer for The Order: 1886 has a lot of things in it: Fancy PS4 graphics, Nikola Tesla’s verbal handwringing, a release date of February 20th, 2015, and lots of shooting up Victorian monsters with big guns, but one thing really stuck with me around thirty seconds in:

That guy with the beard asked for “an immediate sonar payload drop”, but the dudes in the blimp gave him something called a “Galston” instead.

What’s with that? Maybe the blimp dudes were doing what Tesla said, and answering “not to our laws, but to history”. I guess that means giving a dude gallstones when he wants sonar.