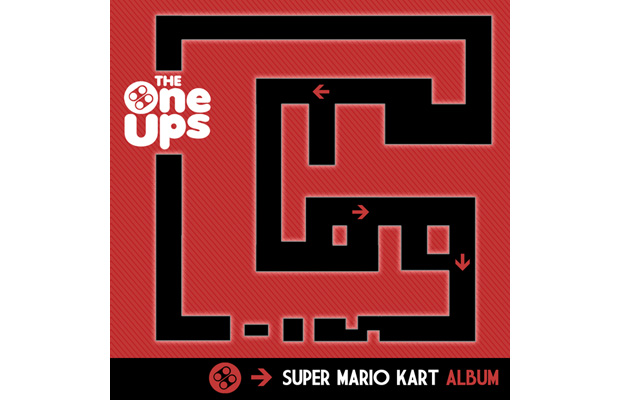 The videogame cover band The OneUps is back with their best work yet, a tribute to a game you might have heard of: Super Mario Kart Album. Eighteen years later and the classic racing game gets a musical update. The album contains 10 really slick arrangements of songs from Nintendo’s Super Nintendo kart racer, including tracks Donut Plains and everyone’s favorite, Rainbow Road. And if that wasn’t enough, they’ve filmed a music video for their Mario Circuit track, which you can see above. The band actually races carts!

Band leader Mustin is pumped for today’s release: “I’m really excited about the album.  Long overdue, but definitely our best release to date.  Much love to Waverly Films for our music video.”

He adds, “I believe this is the first live-action music video from a video game band.”

So, where to buy this? It’s everywhere: Amazon, iTunes, and Bandcamp. I’d recommend Bandcamp as you can order a physical CD and get the download now for only $9.99.

My involvement? Buy with confidence, as I sat this one out. I got “additional mixing” credits, and that’s about it.