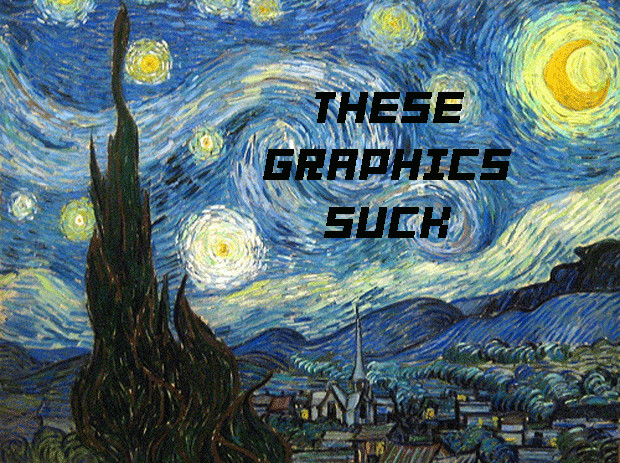 Shakespeare’s Hamlet. Hitchcock’s Vertigo. Van Gogh’s Starry Nights. These are examples of the word masterpiece. They are icons in their respective art-forms, and their excellence is timeless. Their influence reaches far beyond the boundaries of the page, the screen, or the canvas, filling all who experience them with a sublime sense of wonderment and awe.

Gaming has its icons too. Pac-Man and Donkey Kong. Mario and Sonic. Master Chief and Chun-Li. These are staples of debate when discussing what makes a truly great videogame. A case could be made for any of these games and more to be defined as a masterpiece due to their popularity, success, or influence on the industry.

Created in 1983 by Bally/Midway, this transcendent work of gaming perfection is known as Journey, the arcade game.

, the arcade game, was a space adventure that allowed you to step into the larger than life shoes of the greatest rock band ever and use the powers of rock to benefit the entire galaxy. I first experienced this bona fide masterpiece at the supermarket in fourth grade, and I do not exaggerate when I say that the Kroger’s near my childhood home is more esteemed in my mind than the Louvre because of it.

Now, I can sense the skepticism in the air, so before you judge for yourself, allow me to give you the reasons that Journey is the most important videogame of all time. Journey is a masterpiece because …

Journey was the first electronic medium to take a scanned photo of someone’s head and put it onto another background. The entire band had their heads placed on cabinet grade sprites and this is what allowed them to fly around the universe without pressure suits since they no longer had real lungs. This technology became the basis for what would later become one of the most revered pieces of desktop software for the modern gamer, Photoshop, which brought lulz and sarcastic header images to the entire internet. Today’s memes simply would not exist if it weren’t for Journey.

Journey was the inspiration for Guitar Hero.

One of the largest money making franchises in all of gaming, Guitar Hero, simply would not exist if Journey had not first paved the way. It proved that people wanted to pretend to be rock stars, and that arbitrary controller movements that were in no way like playing a real instrument would satisfy gamers. Unfortunately, it also doomed Guitar Hero to an eternal second place status, as no other band will ever compare to Journey. Even if they were to make a GH: Journey, the original takes place in outer space, so it obviously wins.

Journey totally did not rip off Donkey Kong at all.

While every other game was living in the shadow of arcade greats like Donkey Kong, Journey blazed its own trail. In the Jonathan Cain stage, the seminal pianist must descend a series of slanted walkways to retrieve his piano. This is completely original since in Donkey Kong you must ascend a series of slanted walkways to complete your objective. Also, while Donkey Kong and its clones used rolling barrels as obstacles, Journey took a bold, innovative stance by using green electrified hurdles that moved like barrels instead. This makes Journey 100% unique.

Journey revitalized the Transformers franchise by creating the Insecticons.

In 1985, the popularity of Hasbro’s wildly successful toy and cartoon franchise was waning. So they reached back to a 1983 gaming masterpiece for a creative infusion. The car that Journey travelled around the universe in was a mix between a car, a spaceship, and a giant horsefly. This is the first documented example of insect/technology fusion in media, and so is directly responsible for the Insecticons’ creation. Journey did not get its due for this contribution because Hasbro chose to make them Decepticons rather than Autobots like in the Journey game in order to avoid copyright infringement.

Journey paved the way for sex in modern gaming.

The most publicized example of sex in modern videogaming is Bioware’s opus Mass Effect. The art on the side of the videogame cabinet is the the album-cover art from Journey’s “Frontiers” album. This artwork depicts an alien woman with blue skin, which is the obvious inspiration for the character Liara T’Soni in Mass Effect.

Liara is the only romantic option in ME apart from Ashley Williams. Ashley is an irritating racist hick who makes people lose their erections (or flushed labia) due to her ignorance and stupidity. Without Liara as an alternate love interest in the game, people would simply forget about the sex element and focus entirely on the combat — which would have made the game a failure.

Journey was the first game that allowed actual music to be played during a videogame. Every cabinet had an cassette deck built into it, with a tape that contained twenty seconds of actual Journey music in it. While the majority of the game contained 8-bit renditions of Journey songs, upon retrieving all the band’s instruments you are treated to absolute aural perfection in a 20 second playing of the ever-transcendent “Separate Ways”.

Thanks to Journey, now you can choose to listen to almost any song you like while you’re gaming. I, personally, still listen to Journey on repeat while I play anything.

“Some day, love will find you — break those, chains that bind you — you know, I still love you” Let’s move on, I’m getting choked up.

While other games were wasting their time providing large chunks of gameplay for a quarter, the makers of Journey knew what the easily distracted masses really wanted. 15-30 second chunks of frustrating gameplay with 8-bit muzak renditions of Journey songs have become the foundation of the modern mini-game. Don’t believe me? See this revolutionary concept in action!

Without the trail-blazing example of Journey, mini-games would never have found a position of prominence in the current gaming climate. This would have resulted in a very different line-up of titles for the Nintendo Wii, who would lose approximately 97% of their game portfolio without Journey’s influence. Wario is a huge Journey fan.

The members of Journey are the perfect role-models for our children.

At the beginning of the game, the members of Journey have their instruments stolen by a group of over-zealous fans during a concert. As a consequence, the band is forced to fly from planet to planet in their Insecticon car to retrieve each instrument so that they can continue their concert. Once all 5 instruments have been saved, Journey once again returns to the stage and plays 20 seconds of actual music until the fans once again rush the stage and steal their gear, starting the infernal cycle once again.

So after flying around the galaxy, risking life and limb to get their instruments back, they selflessly make the decision to play yet another concert for the very same diabolical fans who took their gear in the first place. And when the fans again grab their tunes and run, they head out without complaint to get them back once more.

They could decide to not play a concert for the people who stopped it before, but they turn the other cheek with a compassion rivaling Jesus. They could attack the fans who keep stealing their property with the power of rock and destroy them, but instead they peacefully resist and retrieve their gear with a restraint that would have made Gandhi jealous.

With their shining example, the members of Journey prove that they are the greatest heroes of our time. Just one of many, many reasons that Journey the arcade game is the one true gaming masterpiece of my generation.