“I’ve been playing RPGs since … Ultima 2 territory, way back on my PC,” says Mike Laidlaw, lead designer on BioWare’s Dragon Age series. “And it’s like, I remember, actually Ultima 3 did this: ‘Choose your gender: male, female, other.’ And I was just mystified by that for a long time. I don’t even know what other is, man. Am I a worm or something?”

It’s clear that Laidlaw loves role-playing games, loves thinking and talking about them. It’s also clear to anyone who’s played Dragon Age: Origins, that Laidlaw has built an RPG franchise behind which the spectre of older games is always lurking. Some ghosts of games past, like Baldur’s Gate, serve as examples for the fledgling series while others are cautionary tales.

For example, Laidlaw’s androgynous worm from 1983: “As intriguing as that is, it was kind of hard to parse what that meant,” Laidlaw says. What effect would that have? Would it change the game? I [didn’t] know.” This highlights what he considers to be one of the major pitfalls of the so-called “classic” RPG.

“To me, the hallmarks of a classic role-playing game would be: story-driven, stat-based, and to some lesser degree, there’s a bunch of ancillary baggage that comes with it. I have inventory, I have customization.” Laidlaw happily places both Dragon Age: Origins and its sequel in the classic category. “I think Dragon Age II has all the hallmarks … and those elements were really critical to, I think, Origins‘ success. 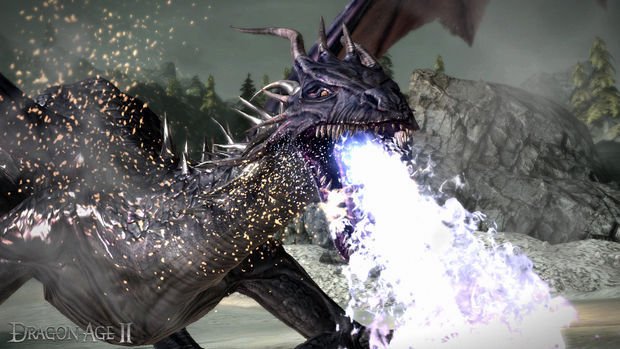 “I think [Dragon Age II] sidesteps what I see as almost like traditions. Traditional weak points of the classic RPG are … they’re daunting. High barrier to entry. They’re hard to get into,” he says. BioWare’s own player-tracking statistics tell a similar tale: a significant portion of Origins players had their own mystifying “other” moments, dropping the game after only an hour.

“They weren’t even getting an Achievement,” Laidlaw continues. The team was tempted to chalk those dropped players up to rentals, but the stats made it clear that people simply dropped the game.

Those stats had a dramatic effect on Laidlaw and his team, prompting them to totally re-evaluate how Dragon Age II fits into the auspices of classic role playing. “So our goal with 2, I think, is to strip away a lot of that barrier to entry to let you ease into the game,” says Laidlaw.

It is Laidlaw’s hope that players will be able to gradually immerse themselves in the Dungeons and Dragons-based mechanics through a set of increasingly-complex stages. Deciding, for example, that “I’m pretty sure I’d like to play as a rogue who is male,” is the first step, says Laidlaw. “And then I kind of ease into, ‘Ok, cool, these are my starting abilities and do I want to go more archery, do I want to dual-wield, or do I want to … use more bombs and poisons?” Laidlaw explains that the team was adamant about not moving away from it’s Gygax-inspired bedrock, preferring to streamline the tutorial and user interface instead. 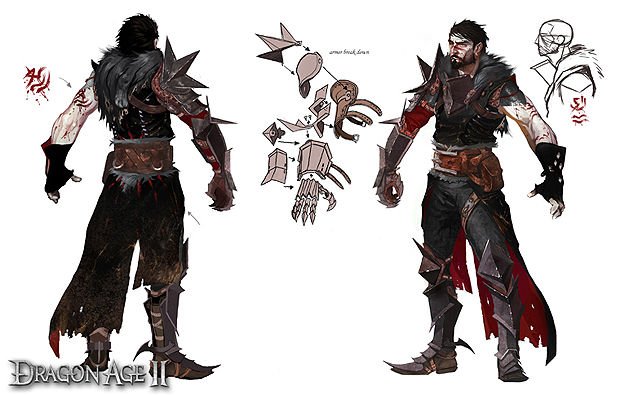 While dense, opaque games like Ultima steered BioWare toward gentler entry points, games like Planescape: Torment guided writer David Gaider as he started drawing out the story and characters of Dragon Age II. Unlike Origins, whose protagonist is malleable blank slate, DAII features Hawke, the Champion of Kirkwall, complete with his own backstory and character arc. (Hawke’s appearance and gender are entirely player-defined, though.)

“As soon as you provide a voiced player, you’re stepping on the player’s toes a little bit,” Gaider explains. “On the other hand, there are RPGs that can do that: Planescape:Torment, I think, was one of the best RPGs of all time.”

“You didn’t have to decide who the Nameless One was, but that didn’t stop you from feeling agency with regard to [his] choices and feeling like you were in charge of [his] life,” Gaider continues. “We’re not giving you a totally defined character, nor are we saying you can be anybody.”

Gaider’s measured approach to his inspirations find a corollary from the design team. “You can tell where we came from, you absolutely can see the roots, but we want our own direction, our own feel and our own style,” Laidlaw says. 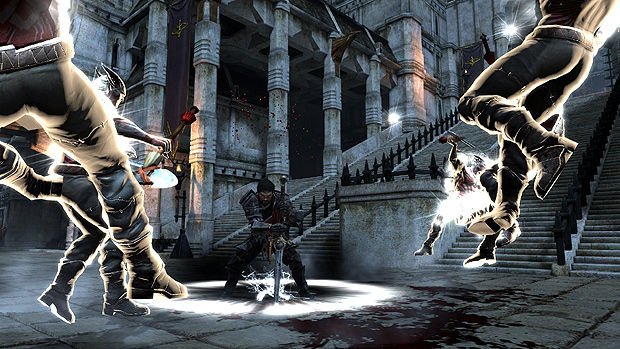 Those roots clearly include the lineage of older BioWare RPGs, particularly Baldur’s Gate. The notion that Origins was somehow supposed to be a revitalization of Baldur’s Gate still permeates, whether by design or through the imprecise alchemy of the internet, most discussions about the game. With Dragon Age II poised to “give the franchise its own identity,” as Laidlaw puts it, there exists the sense that old-school RPGs may be a dying breed, vestigial organs of the modern game.

Baldur’s Gate had a lot to offer in the creation of Origins, and Laidlaw doesn’t shy away from the comparisons. “Those gorgeous, gorgeous bitmaps that were essentially the levels were hand-drawn and … that gave it its own character,” he says. “So, with Dragon Age: Origins, we definitely tried to modernize that feel, right? It’s got a lot of the aspects that made Baldur’s Gate stand out and really work, but at the same time we wanted to move it in it’s own direction, hence ‘spiritual successor’ and not ‘direct successor.'”

Laidlaw is straightforward in his appreciation for the game, but also in his reservations about aping the style. “But I think that, you know, probably the best way to play a Baldur’s Gate-style game is actually to go play those games. Because what they are is — I hesistate to say it — a time capsule,” he concludes. “They are games that are consistent with the tech, platform, and time — everything that was developed in Baldur’s Gate at that time was done so within a context of what was capable.

“I think there would be a danger in trying to recreate that exactly. … As a developer, you would feel like [you are] deliberately ignoring advances in user interface, advances in control schemes to try and get that retro feel and I’m not sure it would stand as strong because it’s taking something out of context.”

Laidlaw is, of course, optimistic about his approach: “And I think it’s paying off because it makes the game feel internally consistent with a game made in 2010.”