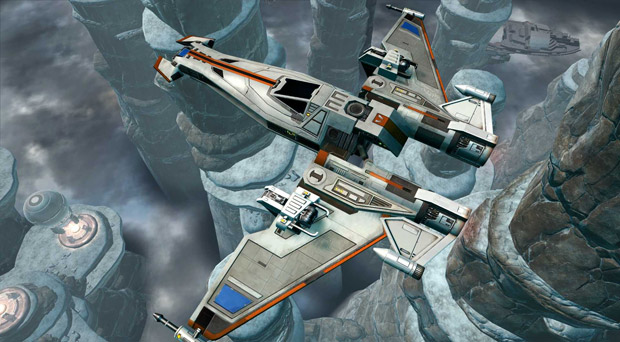 Ah, this brings me back

Here’s another look at the upcoming Galactic Starfighter expansion for Star Wars: The Old Republic, aka the first truly interesting thing I’ve seen out of this game in months. The familiar sights and sounds of Star Wars dogfights do the soul good.

Battles go up to 12 vs. 12, and ships themselves can be customized aesthetically and also play different roles in skirmishes, like Scout or Strike Fighter. I’m happy for you, The Old Republic, but deep down it’s really another Rogue Squadron that I want most.

Galactic Starfighter will release in phases. The expansion is out first for subscribers on December 3, then it’s “preferred status” early access on January 14 for players who have bought something from the online store, followed by free-to-play launch on February 4.