The videogames industry is a broad and unique one, made up of an incredible amount of unique developers and specalist publishers. Each company within this business brings something new to the table, and you can often recognize a particular one by the content it puts out.

What would happen, then, if the games industry pulled the ol’ switcheroo and IP was traded around like cards on a playground? What if Square Enix got its hands on the Gears of War franchise, for example? What influence would the Japanese publisher have on the Western shooter?

We’re about to find out, as we play the ol’ videogame switcheroo! 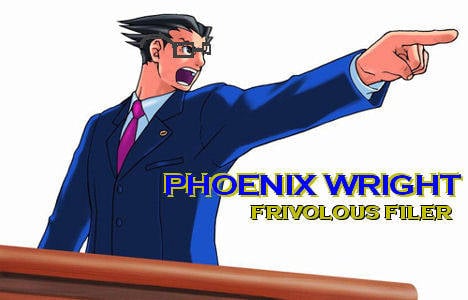 Rather than being a rookie defense attorney out to prove the innocence of his clients, Phoenix Wright has decided instead to become a lone Canadian visionary in an industry that hates him, using the power of the legal system to blame other people for his problems. SK has had recent firsthand experience of filing wasteful lawsuits, so it will bring all that knowledge to the table in this, a thrilling DS yarn about pulling an industry apart with blame games and needless expenditure made only to prove a point. 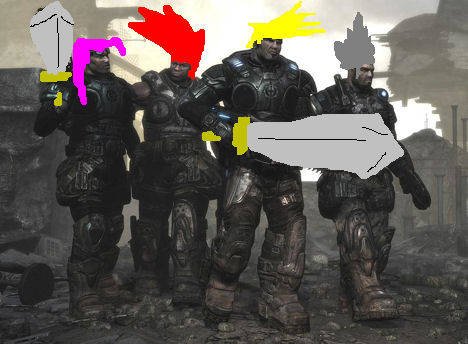 If Square Enix got its hands on Epic’s Gears of War, we’d see a different kind of beast altogether, as the ultimate example of Japanese gaming met the ultimate example of Western gaming. This marriage of cultural extremes would see a twisted hybrid born, as Marcus Fenix would blend gun-toting violence with big-haired emo whining.

Naturally, the game would start with Marcus having lost his memory, while The Locust will be replaced by an evil empire of pouting bishounen with long hair who spend a lot of time laughing. Marcus will be a brooding and cold character, deeply troubled by his emotions and a past he’s long since buried. Two women will fall in love with him (while pretending they don’t) despite him having the kind of personality that sane females find utterly repulsive. He will also carry a sword, even though it’s the future. Oh, and of course he’ll be 17 years old.

The game will be released as part of a highly pretentious compilation that has a stupid name. 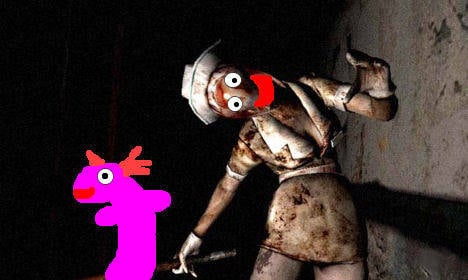 Newton the Newt goes to Wobbletown

You’d think that Rare, known for its bright and cheerful cartoon games, would find it very difficult to work with Konami’s dark and horrifying Silent Hill series, but you’d be very wrong indeed. A few changes here and there, and the abandoned town of Silent Hill becomes Wobbletown, home of the wackiest amphibian ever to be seen in gaming.

Rare naturally has to keep within the Silent Hill mythos, so Wobbletown is as desolate and decrepit as always, expect this time you play a brightly colored newt and all the nurses are full of candy. Each area of Wobbletown has 983,000 items to collect and you can create and race your own blood-soaked wheelchairs. 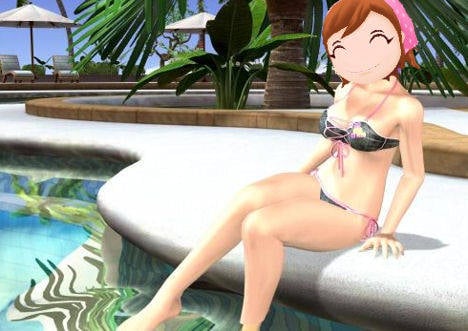 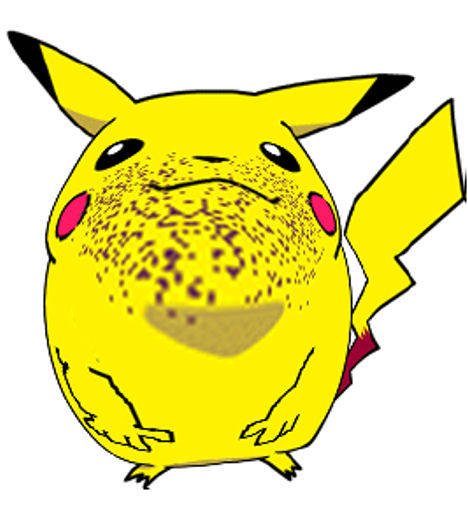 Pokemon is as hardcore as they come, but its cutesy look and stigma as a kids’ game doesn’t see it get the same kind of specialist respect that Gears of War regularly enjoys. Why not let the homoerotic creators of Gears, Epic Games, take on the Pokemon challenge to create something that gets even the most staunch Xbox 360 supporter talking?

If Epic got involved, then not much would have to change — the core gameplay can remain the same, but obviously everything would be infused with the power of the Unreal Engine, meaning that Pokemon limbs can fly off with impressive ragdoll effects. Also, the visual design will have to brought into line with the rest of Epic’s creations, meaning that the cute and wonderful pocket monsters we’ve all come to recognize need to become squat, overly muscular balls of steroid-infested walking testosterone. The Epic-brand Pikachu, as seen above, is sure to appeal to the machismo enthused gun fantastist that usually frequents Xbox Live. Yellow rats have never looked so manly, and 360 owners will find a fire in their loins that only Master Chief has ever been able to ignite so fiercely. 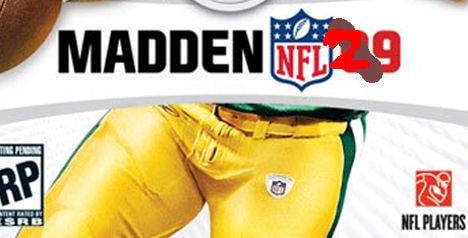 Electronic Arts is famous for endlessly pumping out Madden sequel after Madden sequel, never failing to let a year go by without yet another addition to the franchise. Valve, by contrast, is known for taking as long as ten years to work on just one game, and is notorious for lengthy delays. If Valve were to take on the Madden series, then instead of the yearly sequels, we would only ever see one John Madden-themed game in all of creation — and it would probably be the best fucking Madden in the world.

Since EA has always been so kind to work with Valve on porting its games, I think it’s only right that the Half-Life developer would return the favor. If anything, I think it’d be worth it just to see the words “Madden gets delayed” in our news tip inbox. Such a sight is surreal to consider. 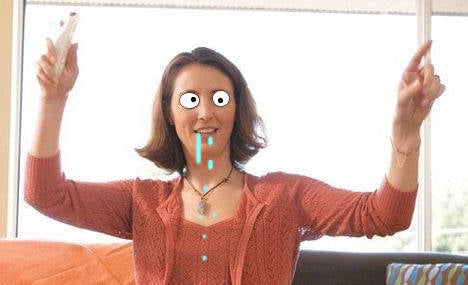 And that’s just a few examples of what would happen if developers started trading their games. If only this kind of shared creativity was encouraged more often, this industry would be a better, brighter place. Alas, it is only a dream, but one we can all believe in.