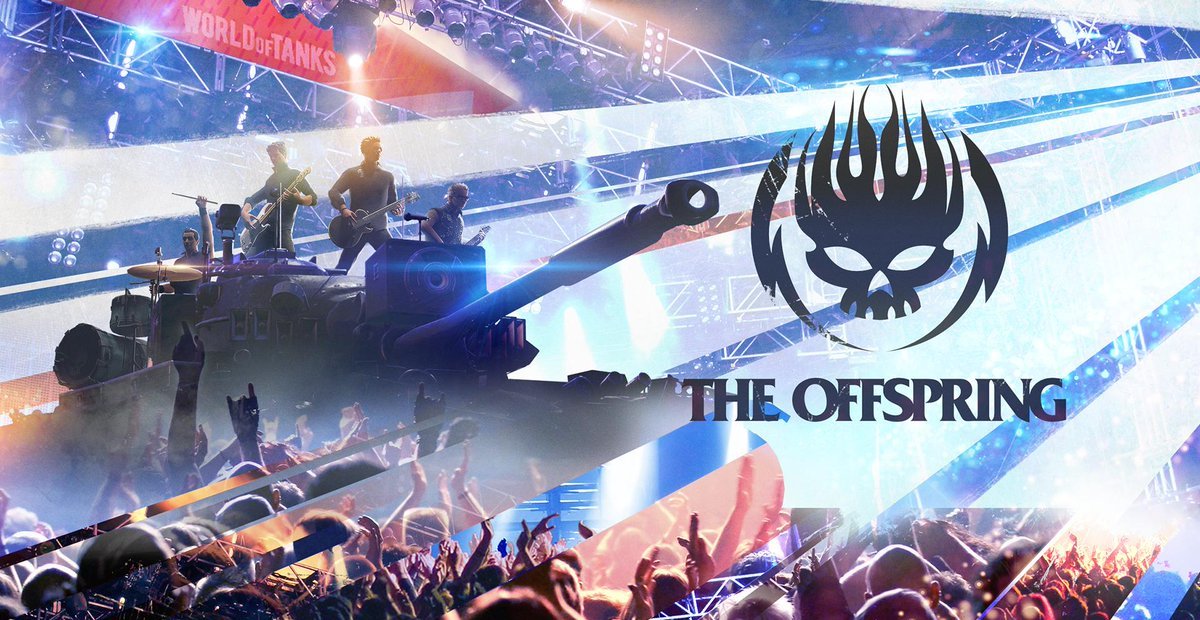 Reach into your bag of tricks and pull another shell

We officially have a trend, folks. Following up on the heels of Marshmello and Korn both performing in-game concerts, The Offspring is jumping on the trend to perform in the popular free-to-play strategy game World of Tanks. The skate punk band led by a man with a Ph.D. in molecular biology just got done headlining a festival dedicated to World of Tanks in Minsk, so in an odd way, the crossover makes sense.

Not much information is out there right now. At some point starting tomorrow, September 18, the band will be performing on a stage in the game and players will be able to access it through the Garage. Knowing what I know about World of Tanks, I hope this ends with the band all riding their own tanks around a battlefield as war rages on. In reality though, the end result will probably be something much more disappointing.

The Offspring is one of those bands I love despite knowing it’s not great music. It’s just so reminiscent of my youth and throws me back to summer nights riding bikes with my friends through the streets of a rural New Jersey town. I can’t say that this will push me to play the game, but it’s an interesting new trend and I’ll now be campaigning for the Mountain Goats to perform in Occupy White Walls until I take my dying breath.