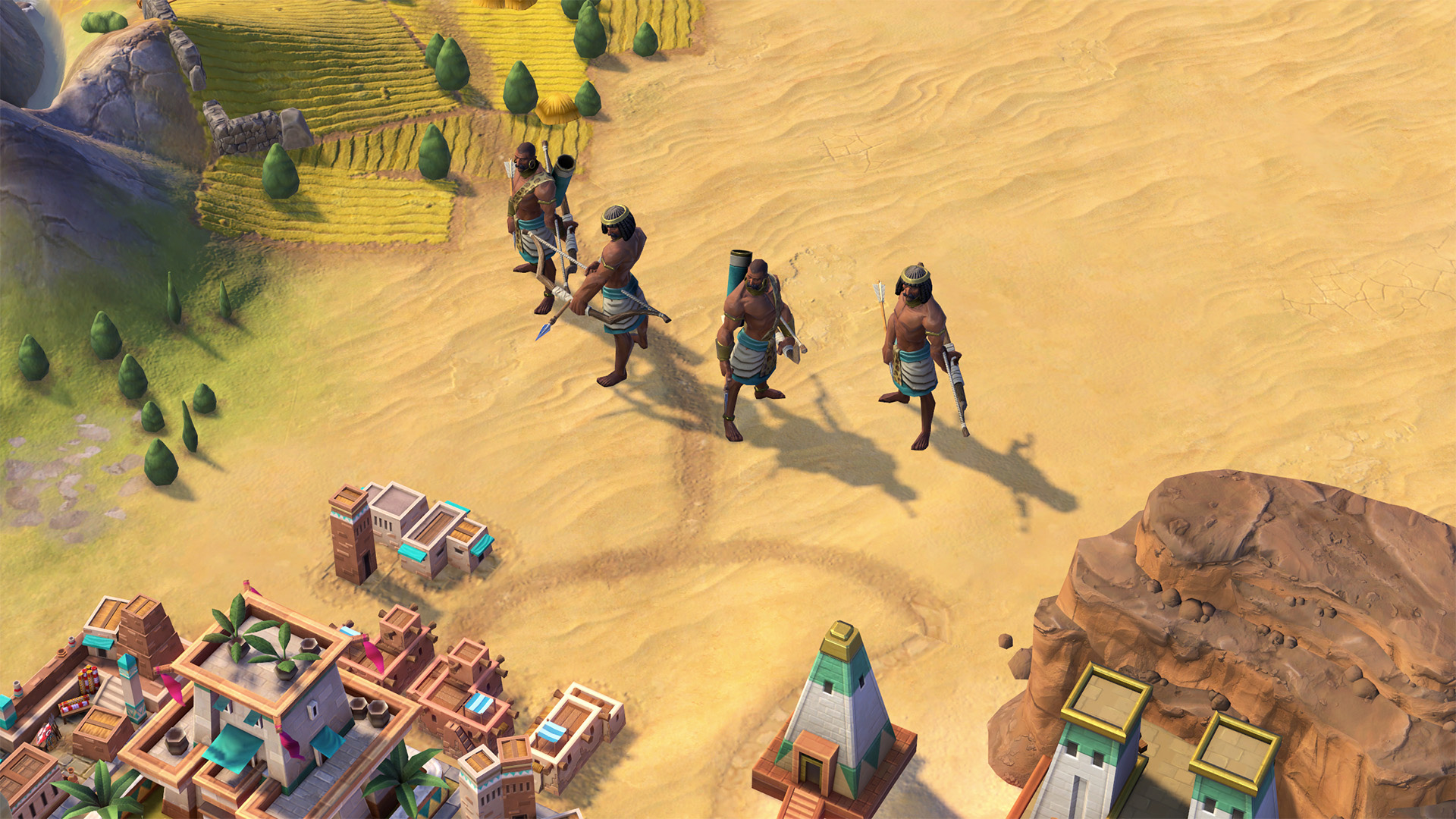 It has been almost half a year since the last DLC pack for Civilization VI was released, but the wait is finally over. The Nubian kingdom of Kush will be coming to the game with Amanitore leading the cause. She’s here to walk like an Egyptian and kick some ass while doing so.

Amanitore’s unique unit is the Pitati Archer, a specialized ancient era unit that is faster and stronger than traditional bowmen. Their exclusive structure is the Nubian pyramid, which is a tile improvement that leaches bonuses from adjacent tiles (such as getting more food from a farm or faith from a temple/church). Amanitore also has increased productivity towards creating districts and all ranged units will have faster experience gain (as well as shorter production queues).

No release date has been announced, but this new civ will be automatically unlocked for anyone who owns the Digital Deluxe Edition of the game. Nubia is the fifth civilization being added to the game, so there should only be one more that was promised in the deluxe bundle. Maybe we’ll see an expansion next year, or possibly later this year.

I’m not really sure what else you could add, though. In my review, I found the game to be pretty well balanced and feature rich, almost feeling like Civilization V with its three expansions integrated. Apart from fixing up lag issues with online play, I don’t even have a wish list for what I might add. Maybe an expansion of the faith victory and combat to be more than just lightning bolts striking from the heavens, which is about the only shallow aspect of the current game.