The culmination of this weekend shall mark the completion of my first week here on the marvellous pages of Destructoid. It’s been a wonderful week, all in all. I took my lumps, and still nobody knows who the %*$£ Jim Sterling is; but I feel I’ve hit the ground running and am learning the ways of the Dtoid collective. I have come to understand many things already when it comes to writing about the games industry. The chief lesson I have learned, the premier information that is most pertinant, however, is this:

Destructoid gets sent a lot of crap.

We have a fantastic group of guys who send the editors tips each and every day, and it’s something that’s definitely appreciated. Sadly, however, not everything we get sent is a pure nugget of news gold. There are some tips that are cool enough, but not exactly noteworthy, and then there are pieces of news so mindnumbingly dumb and awful that we wouldn’t want to run them in a million years.

I don’t like to waste anything, which is why I’m so fat, and it broke my heart to see all these news tips going to waste, doomed to disappear into the ether without so much as a squeak. That’s why I staggered up to Niero and told him we need a Non Newsround, where we celebrate the sub-par and revel in the rubbish. God help him, he approved. For the past week I’ve been saving the best of the not-so-great, the disappointingly average and the just plain awful. Here are the fruits of my labors.

So hit the jump for the first (and likely last) Non-Newsround.

First up in our list of “stories” that just weren’t quite worth it is this video of a girl pretending to be Lara Croft. While not exactly funny, I have to give credit for the amount of ragdoll physics that seem prevalent in English females. If this person can do one thing awesomely, it’s die like a video game character. That takes talent!

For the record, unless you come from South East London like me, a Brit really shouldn’t say that things “suck”. It sounds terrible and makes me cringe, like when my fellow countrymen say that America’s a terrible place while neglecting to look out of the window and see all the chavs setting fire to a granny.

So, the pitiful urine stained rag known insultingly as The Daily Mail ran what I can only assume they regard as a story this week, on a cannabis fuelled psychotic rampage that apparently was inspired by the game Saints Row. Excuse me while I try and stop my eyes rolling so hard and fast that they open up a portal inside the very fabric of time itself.

In the story, they detail how Dominic Anderson supposedly “emulates” the video game by slashing his wrists and jumping on cars. Now, I must confess I got bored of Saints Row and never got around to finishing it, but … is there a mission where you have to smoke skunk and slash your own wrists? If I knew that Saints Row was an emo sim, I might have stuck with it.

For anybody who has the misfortune of living in the same wretched island as this publication, it should come as no surprise that The Mail jumped all over this. They’ve had it in for the games industry for years and pressed for the banning of Manhunt following the murder of Stefan Pakeerah by a fan of Rockstar’s controversial title. They also called Doom 3 “sick filth” before the game was even released yet. So much for journalistic integrity.

Nevermind the fact that this guy was on drugs. No, no, it’s all Saints Row, the wrist slasher game. This is why I never touch a Daily Mail with my bare hands, and regularly resort to using gloves of cloths if I ever have to come into contact with a copy. 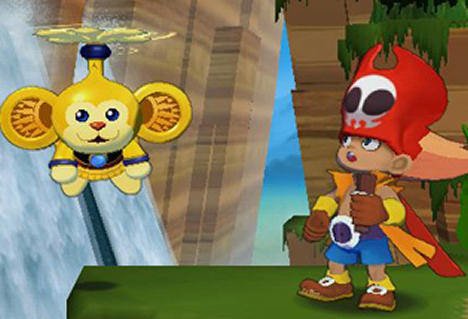 Capcom’s forthcoming Wii title, Treasure Island Z has shown a lot of promise. The unique puzzle game where you play as a bell ringing pirate looks like it may very well be a winner, and with Capcom at the helm, it should do very well for itself. However, the perfectly adequate name it had before was a mere working title, and now it has an official name, one that’s … terrible.

Now called Zack & Wiki: The Quest for Barbaros’ Treasure, the game has just lost about twenty eight thousand million cool points. What the hell was wrong with the old title? The old title was good. Now it sounds like one of those movies with a guaranteed McDonald’s toy tie-in. Disney movies, that’s what they’re called.

Terrible. They should hire me to name games. I’d have called it It’s a Game About a ****ing Pirate! You Love It!. It’s better than what they’ve pulled out of their arses. 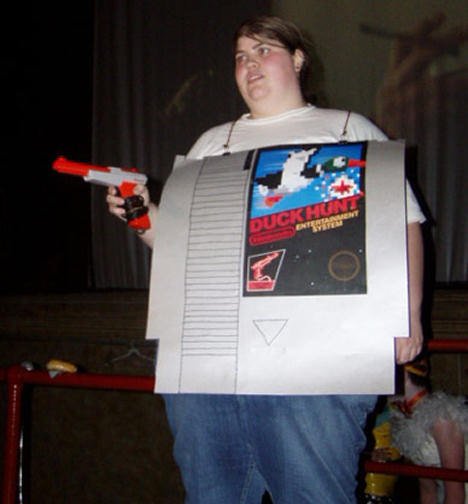 This is the worst day of my life. 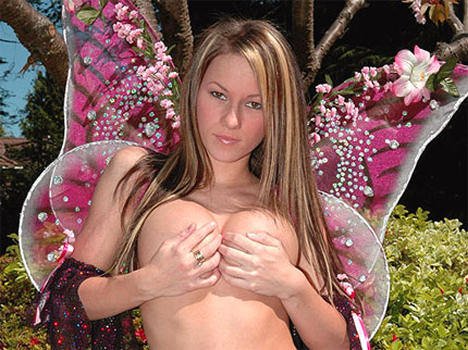 Wait, what? This is much more like it! Flesh barer Kate, from the website Kate’s Playground, is a self confessed World of Warcraft fan. The professional semen inducer states this on her “about” page, with regards to her gaming hobby:

“I’m also a bit of an online geek (but I think these days being an online geek is the new cool thing to do lol). I love playing World of Warcraft, I’ve always been into online games. They are a lot of fun.”

Yes, being an online geek is the new cool thing to do, I guess. Saying “lol” in a non-ironic fashion, however, is not so much the cool. Buuuut, you have breasts, so I can let it slide. Then again, I have breasts and nobody cuts me any slack.

If anybody really cares as to what character the penile blood redirector plays as, here’s a video. She can tell you herself:

Online petitions are one of the worst things in the world. I already had to try not to eat my own hands in rage at the idea that they’d started one to free Paris Hilton, but this just takes the biscuit.

As many of you know, those who bought Crackdown in the hopes of being able to play the Halo 3 beta were left disappointed for some time as they found it impossible to get their hands on the game. The issue would be resolved, but not before the online version of a village idiot made this bloody ridiculous Web page.

I understand people’s disappointment. Some people did buy a whole video game just for the ability to play the beta. While I personally think that’s a pretty stupid thing to do if you’re not interested in the game, it’s an unpleasant scenario even if you did see the beta invite as the simple bonus item that it was.

But come on now. Legal action? That sinks to levels of idiocy hitherto unknown to common man.

“So here are my demands  for both companies:

1. A full refund of the purchase price of the game (And I won’t be required to send in the copy I bought, rather proof of purchase. This could be in the form of bank statements/credit card statements or a store receipt.)

2. a special upgrade to the “Legendary Edition” shipped to me for free on the day of it’s Sept. 25th release date.

3. $5,000,000.00 settlement for false advertising and a letter of apology from the person responsible for the technical error that caused this mishap.”

Sitting here, reading the most unrealistic demands since Jack Thompson’s wife asked that he make her come, I find myself utterly tempted to call this site a joke. It’s sad that in a world so rife with stupidiocy, I can no longer tell the difference between satire and reality. But if it’s some sort of gag, it’s not very funny, so I can only believe this guy actually believes he’s in with a chance of $5,000,000.00.

Some people need euthanasia at birth.

And that would seem like a fair juncture at which to depart. I do hope you enjoyed this round up of all the non news this week. If you’d like to see more, please feel free to let me know, and by all means, tell me to sod off and never do such a crap article again if you think the idea’s as rubbish as trying to get a refund on Crackdown while still being able to keep the game.

Also, huge thanks to the tipsters who send in everything they find, big and small, just to help us out. Don’t be offended if your news was in here, I actually really appreciated it.