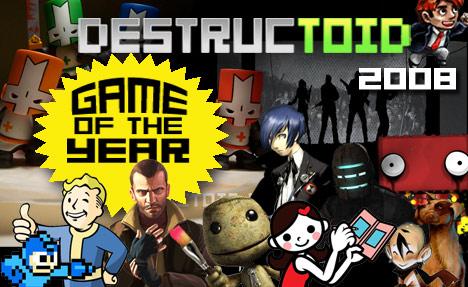 Oh, hi, I didn’t see you there. Come on in; it’s cold outside. I was just sitting around this nice warm fire with all the Destructoid editors talking about the best games of the year. No, you can join us. We would love it if you could join us. Just take off your hat and that big jacket of yours and get comfortable. That bearskin rug is soft, isn’t it? Now, if you would just put your keys in that glass bowl over there we can get …

Anyway … it’s that time of year again! Time to pick the Destructoid Game of the Year for 2008! It was a pretty stellar year for videogames and all us editors had a rather tough time picking the one game to rule them all. But after a bunch of eggnog and a tragic game of spin the mistletoe (poor Grim won’t be able to wear white to his wedding anymore) we came to a pretty clear decision.

But it was a really close race — really, really close. While the actual winner won’t be revealed until tomorrow (make sure to check back!), hit the jump for a list of the top six finalists: the official nominees for Destructoid Game of the Year 2008.

[Awesome main pic created by the even more awesome Topher!]

Here are the nominees (in alphabetical order): 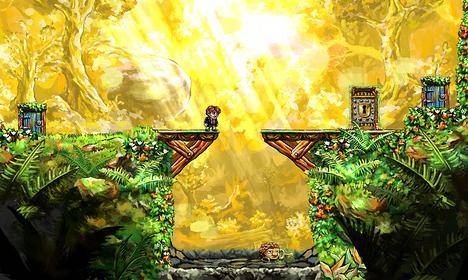 To many — including a large handful of Destructoid editors — Braid is like a fine wine hidden amongst a shelf of Bartles & Jaymes. The Xbox Live Arcade masterpiece not only showed that downloadable titles could be much more than casual, licensed fluff, it proved that seemingly simple independent games could easily compete with (if not surpass) their big budget retail counterparts.

With Braid, designer Jonathan Blow created one of the most ethereal, beautiful titles of 2008. People may have come for the game’s gorgeous, watercolor 2D graphics, but they stayed for the challenging, time bending puzzle platformer gameplay. Throw in one of the most mind-boggling, thought-provoking videogame endings of all time and you have a serious contender for best videogame of the year. 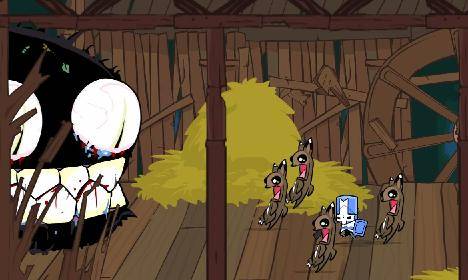 Regardless of whether you were one of the many who complained about Castle Crashers’s technically flawed online gameplay, you can’t deny that the quirky XBLA title is easily one of the most entertaining (and funniest) games of the year.

In a weird way, the broken online components in Castle Crashers only made the game better. Instead of relying on playing with complete strangers, players were almost forced to either play the ingeniously designed campaign solo or battle through the gorgeous, hand drawn levels with three other real-life buddies. The refreshingly old-fashioned beat-’em-up gameplay made playing with trash talking friends in the same room a perfect, nostalgic arcade experience. 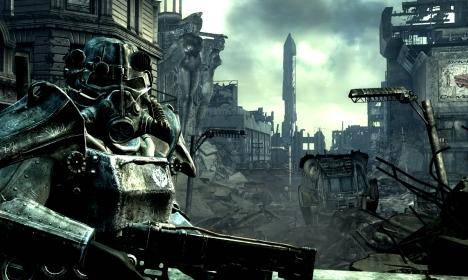 Fallout 3 is one of the most ambitious videogames ever created — just walking through the game’s enormous, post-apocalyptic vision of a nuclear destroyed Washington, D.C., is a jaw-dropping experience. But once you find out how much there is to actually do in the game, it is almost impossible to wrap your head around it all.

While the plot is intriguing enough, the joy of Fallout 3 comes from being able to wander around the foreboding landscape doing, literally, whatever you want. Do you want to steal that expensive gun instead of saving up money to buy it? Go ahead. Want to bypass the main story for hours just exploring the surroundings and discovering secret new locations? Be my guest. The choices in Fallout 3 are unlimited.

For a small minority, this open world gameplay reminded them of nothing more than Oblivion with guns. For most, though, Fallout 3 stands out as one of the most fascinating and engrossing role-playing games of all time. 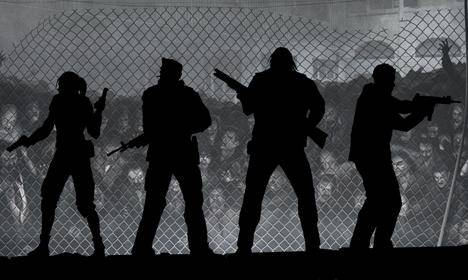 It can easily be argued that Left 4 Dead revolutionized the co-op gaming experience. Playing Valve’s zombie-infested masterpiece with three other friends (dibs on Zoey!) is one of the most intense and satisfying videogame experiences of all time.

While it is true that Left 4 Dead is infinitely more fun as a multiplayer experience and not nearly as enjoyable when playing alone with three computer-controlled characters, saying it is a bad game because of it is like saying football is a stupid sport because you can’t play it by yourself (well, football is a stupid sport, but for an entirely different reason). Like football, Left 4 Dead was made to be played with other people. Valve not only embraced this multiplayer-focused concept, they revolutionized it by implementing the pacing and design of a strong single-player campaign into the perfect co-op experience. Quite frankly, there is no other game like it this year. 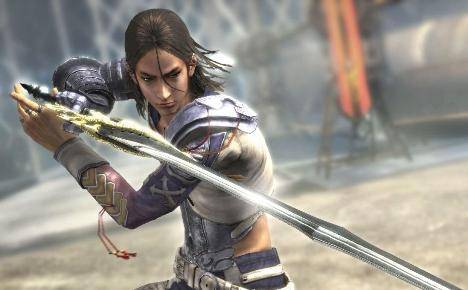 Lost Odyssey is the very definition of a classic role-playing experience.

From its simple battle system to its effeminate main hero, Lost Odyssey appears to be nothing more than a generic JRPG trapped in a shiny, high-def shell. And in a way, that is completely true. But it is also this stripped-down presentation that makes Lost Odyssey so fantastic. Absent are all the complications that make some modern role-playing games feel overwhelming and cumbersome. In its place is a solid, addictive battle system, great characters, and — as anyone who has reached the end of Disc One knows — one of the most emotional, wrenching videogame stories of all time.

For many of the editors, Lost Odyssey reminds them of a current generation upgrade of a classic, retro Super Nintendo RPG.

And that is the highest praise imaginable. 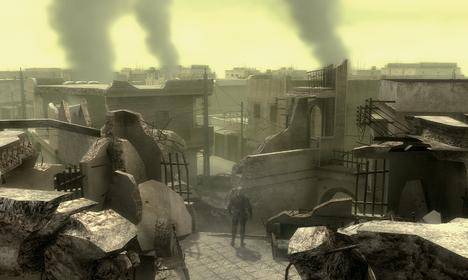 After the incredible Metal Gear Solid 3: Snake Eater on the PlayStation 2, Hideo Kojima had some pretty huge expectations to meet with his newest sequel in the Metal Gear series. Hyped as the game to own on the struggling PlayStation 3, all the critical eyes of the gaming community were focused on whether Metal Gear Solid 4: Guns of the Patriots could live up to its impossible level of anticipation.

Not only did the game meet its expectations, it actually managed to surpass them.

Containing some of the most memorable videogame moments of not only last year, but of all time (that motorcycle chase, the split-screens, the final battle!), MGS4 delivered on a level most videogames would only dream of achieving. The excellent stealth gameplay combined with numerous, stunning cutscenes make it one of the most eye-popping gaming experiences of the year.

[Check out the original Metal Gear Solid 4: Guns of the Patriots review here]

Only one of these six games will win the revered title of Destructoid Game of the Year for 2008. Which one will it be? What was your favorite game of the year? Sound off in the comments and make sure to check back tomorrow for the grand reveal!

… and if you are curious, here is a list of honorable mentions. These are games that we all loved — and ones that received a significant amount of votes — but failed to make it to the final round.